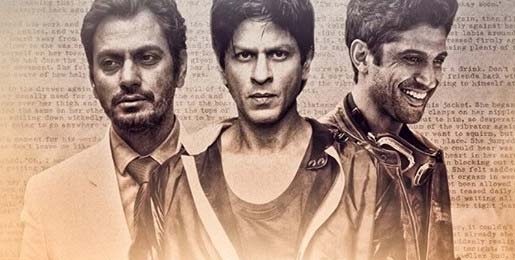 Superstar Shah Rukh Khan says he was late for a shoot of his upcoming film "Raees" directed by Rahul Dholakia.

The 49-year-old took to micro-blogging website Twitter to share: "Bak 2 Raees shoot. My director Rahul (naam toh suna hoga) must be fuming for delay by more than hour. Will make up by working harder now."