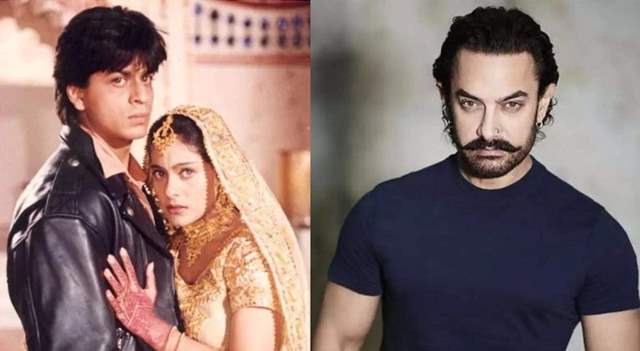 For all the Dilwale Dulhania Le Jayenge fans, today is a very special day. The film has clocked 25 years of its release. On social media, fans of Shah Rukh Khan and Kajol are going crazy remembering the lovely scenes from the film and boasting how the film holds a special place in their hearts.

Not just fans, many celebrities too have extended congratulations to DDLJ team on this special occasion.

Recently, Aamir Khan took to Twitter to talk about DDLJ. On Twitter, he shared a post that read, "A hero who discovers his conscience, a heroine who finds her voice, villain who has a change of heart, DDLJ appealed to the kinder, nicer, higher self within all of us. 25 years of a film that continues to charm the world. Thank you Adi, Kajol, Shahrukh and the entire team of DDLJ.”

In the end, Aamir Khan thanked Aditya Chopra, Shah Rukh Khan, Kajol and the team of DDLJ for making such a beautiful film.

While Aamir Khan's post comes across a sweet gesture towards Shah Rukh Khan and others, if one can recall, Dilwale Dulhania Le Jayenge was the film that actually made Aamir Khan give up on award shows. A few reports suggest that Aamir Khan's film Rangeela was nominated in the Filmfare awards in the year 1996.

The same year when Shah Rukh Khan's DDLJ was also nominated. It was SRK who took home the trophy, and this led Aamir Khan to boycott film award ceremonies as he felt that he deserved to win.

Later, in an interview, Aamir was quoted saying, "Fact is that I have no objections to film awards. I just feel that if I don’t value a particular film award, then I won’t attend it either.’’ Okay then!

KreyaArshiLover 1 months ago Was it DDLJ? I thought it was K2H2 that he lost interest in awards