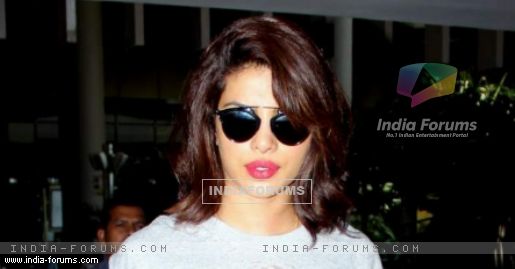 Actress Priyanka Chopra, who will be seen essaying the lead role of FBI agent Alex Parrish in American TV series "Quantico", says she is feeling like a "rockstar".

In another post, the 32-year-old added: "One day trips cross continents takes a toll!! On other people..not me!! Let's go!! #LAForADay #Insane @ABCNetwork #LAUpfronts #Quantico."

The show centres on a diverse group of recruits who have arrived at the FBI Quantico Base for training. Being the best and brightest of the lot, it seems impossible that one of them is suspected of masterminding the biggest attack on New York City since 9/11.

+ 2
5 years ago you going to rock it for sure... waiting for the series to start.

5 years ago all the best priyanka for ur future plan