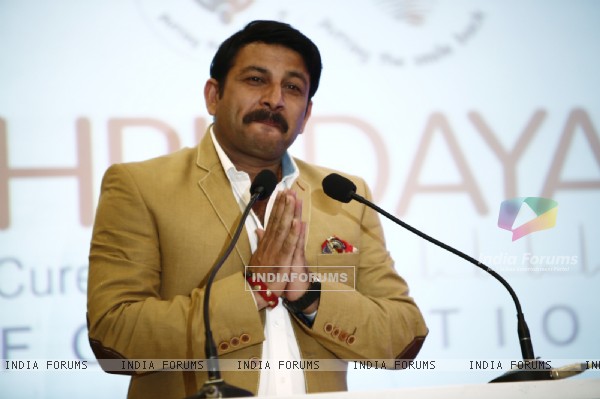 CCL has been a platform for entertainment, wherein actors from different industries come together each year and play matches. This year CCL started with noble cause of 100 hearts in association with Hrudaya Foundation, where they will be taking care of 100 children's suffering from heart disease.

On the eve of the event, Manoj Tiwari, who is a Member of Parliament and well-known figure in Bhojpuri cinema, took the opportunity to invite Huma Qureshi in Bhojpuri films. The actor said he was certain her fans would love to see her in a new avatar, which she will get to try-out in a regional film. Thinking ahead, he said, "I want to tell Huma to do a Bhojpuri film with me. Her fans in the region will love to see her play a character in one of their films."

The actor feels that the participation of Bollywood actors in Bhojpuri cinema will help out in enhancing the quality of the films in every respect. He further adds, "There are a lot of double meaning dialogues in our Bhojpuri films. I will take the responsibility of cleaning it up but I feel that this will only happen if Bollywood actors like Huma act in our films." Wonder how Huma took the news.

CCL will be starting from 10th January and will air on Colours and Rishtey.