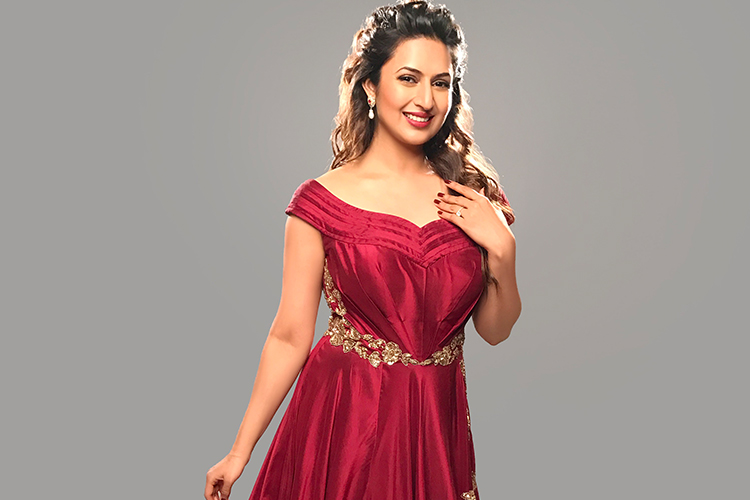 Actress Divyanka Tripathi is a household name and loved for her lovable avatar on screen. Tables have turned as the audience now gets to see the real Divyanka as well as different shades of her in Nach Baliye along with husband Vivek Dahiya.
The duo have been giving various acts with unique concepts each week and this time around Divyanka and Vivek took one more inspiration from real life and performed on a one sided love story. Our source informs us, "Divyanka has faced many one sided love stories from her fans but there is one that still haunts her. There was a guy who used to trace her locations, send her gifts as well as gifts to her entire family starting from her siblings to her parents. He would follow her and randomly call her up with compliments saying 'Divyanka aaj aap bohot acchi lag rahi ho pink mein'.
And then one day he called her up and said that he had sent a sari and that their wedding cards have been printed with details of date and venue." We contacted Divyanka who confirmed and said, "For me it was quite a scary situation and I still get goosebumps thinking about those days. What made it worse was that not only did he have my whereabouts but also that of my family's which made it all the more scarier. I changed my phone number as well and blocked him from all my social media accounts and asked my family to do the same. Luckily it stopped."
They say stardom comes with a price tag and for Divyanka it looks like there have been some not so good moments as well with this package!
9 Likes

Divyaanita 3 years ago love u alt divyanka tripathi love u

--Amulya-- 3 years ago OMG!! She was stalked by a crazy fan but I wonder why did he stop it!! Its her luck that he somehow stopped otherwise the situation could have got scary.

FreedomOfSpeech 3 years ago Yeah celebrities are one living a miserable life , I swear. Love you divz #Divyanka Tripathi

harshiidiv 3 years ago Loveee u div di..
U such a sweetheart..

Arshichamkili9 3 years ago That is really scary... Love you Divyanka

A HUGE FAN 3 years ago Love Divyanka Tripathi picture there. She is a gorgeous actress!