The buzzing question that is haunting Star Plus’ rival channels today is What is Bidaai’s success formula? Rajan Shahi’s Sapna Babul Ka.. Bidaai has become the channel driver show as the TRPs of this show have even trounced Kyunki... The show which started as an under-dog with no flavour of glamour nor the drama of saas-bahu sagas has successfully managed to capture the hearts of the audience. Bidaai has had its share of controversies wherein the story line was categorised to be a 'pick-up' from the very successful Bollywood movie, Vivah. This was followed by reports where the serial was also accused of aping Saat Phere, a popular daily soap on Zee TV.

Now tables have turned, and the latest buzz is that rival channels and production houses are keeping a tab on the show to know the story behind Bidaai’s mysterious success. 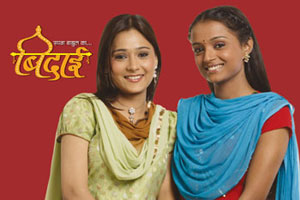 Featured Video
Speaking to the Telly Buzz team, Rajan Shahi, Producer of Bidaai says, “I won't name the production house, but yes it is true that people from another production house have visited our set and have taken snaps of the on-shoot. We are the most popular serial on TV at the moment and I have no objection in people looking at our work and appreciating it.” Elaborating on how he felt when he came to know that people were visiting his set and about the show being compared to other serials Rajan says, “Initially I was upset, I even blasted the security for allowing strangers to enter the sets. I also felt a little insecure knowing that people were on my sets, scrutinizing my work. But now I think that Bidaai has reached such a position in the television industry that people are looking out for ideas. And I want to make it clear that I have no problem when my serial is being compared to other shows. Most of the serials have the same concept. But the characterization and scripting is what makes the show different. And that is what makes my show different from the rest.”

So has any action been taken against the rival production companies who entered the sets? Rajan replies, “No firm action, but I have just asked my security to be more careful. And if people do want to visit the set, they are welcome to do so through the front door, not the back door.”

On a final note Rajan adds, “It feels good to be appreciated so much. I feel like I am on top of the world when I see the rising popularity of Bidaai. As for my competitors, my only advice for them would be to work harder on their serial rather than trying to see what makes my shows work.”

Well, so what exactly is the 'Success Story of Bidaai'? As all the rival channels glare at the popularity of Bidaai, the buzz now is that Rajan Shahi of Director Kut Productions is coming up with another show very soon. The channel is being kept under the wraps, but it is believed that actors, technicians including creatives are being hunted.. 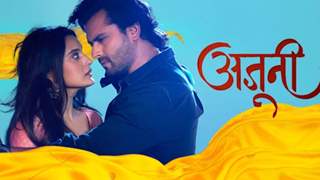 beauty sabah 14 years ago lol whats so special abtit.its so boring,no good actors except a few,its pretty boring seriously,old story presented in a new style.seriously get a life rajan shahi for boasting so mch,hahaha

14 years ago i have a feeling tht it was balaji production's spys coming from the back door....hahaahaah..u never kno ekta can stoop down really low...

+ 4
14 years ago Which production house visited the sets? can someone please give a clue?

14 years ago I think it's doing so well because the great characterizations, dialouges, and overall story... its all refreshingly new and unique!

14 years ago hehe..its so funny to hear other producers visting the set secretly:D
bidaai is a gr8 show n hats off to it!!

+ 5
14 years ago Its a really nice serial, thanks a lot for such a good article.

14 years ago The reason for its sucess is its amazing story. Bidai the the best show on TV currantly and so its No 1 in Star plus.

+ 2
14 years ago wat is special in dt?.. i never liked to watch it & never thought it wud be dt popular... but im happy it has over taken kiyunki's position..for me kggk is more interesting den any other serial.

thats is exactly why its so popular. It's real, but it's still has the entertainment aspect of a good serial. Other serials are just so full of BS, I just love the Bidaai story right now with the two sisters and Alekh and Ranveer!
Go Bidaai!! Keep up the good stuff without the the crap and I will watch you forever!