Bollywood star Amitabh Bachchan stayed away from Holi celebrations and so did others for various reasons. But the day brought colours to the lives of many actors who took off from work to be with family and friends.

A sneak peek at how the Bollywood stars spent the day.

Amitabh Bachchan: 'Nothing! We're celebrating no Holi this year. Yes, I know our home is an open house on Holi every year. Hopefully we'll be back to celebrating Holi next year.

'This year too many tragic events have happened around us. On a personal level, my father's passing away then my mother's prolonged illness have suspended Holi celebrations in my house. And then, of course, the things that are happening in Mumbai city and the country. Do you think anyone is in the mood for celebration? We're not. Maybe next year.'

Featured Video
Preity Zinta: 'What am I doing for Holi? Nothing. Sleeping the whole day. Recovering from my jet lag after my trip to New Zealand. In any case, I think Holi has lost its original spirit long back.'

Deepika Padukone: 'I'll have the day off. I'll celebrate with my family and close friends.'

Farhan Akhtar: 'For the time in living memory I won't be home for Holi. I'll be shooting abroad. It breaks my heart to miss Holi. Can't be helped.'

Bipasha Basu: 'I've no Holi plans. I'm allergic to the abeer and other Holi colours. I'll spend Holi with my family, devouring Holi delicacies. It's a diet-free day for me.'

Abhishek Bachchan: 'I'll be shooting. No Holi this year at home. Just work.'

Genelia D'Souza: 'I'll be shooting In Delhi on Holi.'

Hurman S. Baweja: 'I'll be shooting in Delhi for 'It's My Life'. I think my lightmen, camera crew, director and co-stars will be my Holi victims. Watch out, here I come.'

Himesh Reshammiya: 'As always I prefer to work on auspicious days. I'll be recording a new song for 'Ishq Unplugged' on Holi.'

Urmila Matondkar: 'I'm not much of a Holi person. I'll be chilling at home watching some good movies and hoping no one gets rowdy with women who have to step out of their homes.'

Irrfan Khan: 'I'll be in Dholpur shooting for 'Paan Singh Tomar' on Holi. We'll celebrate over there. After 'Billu' and 'Slumdog Millionaire' I'm in a festive mood.'

Manisha Koirala: 'I'm throwing a party for close friends at the Marriot.'

Celina Jaitley: 'This Holi I'm in Hyderabad. I'll be spending it with the cast and crew.'

Tusshar Kapoor: 'I'll be meeting up with my friends for lunch and not playing Holi, since I stopped doing that long ago.' 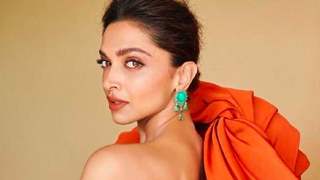