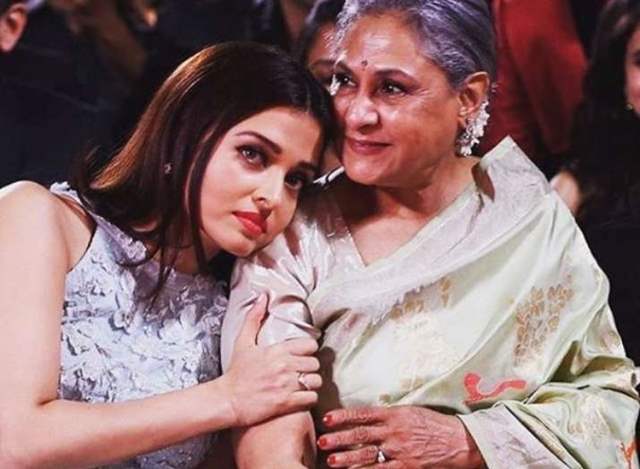 Veteran actor and politician Jaya Bachchan turned a year older and celebrates her 73rd birthday today (April 09, 2021). Wishes for the boss lady of the Bachchan family have been pouring in from morning.

The day started with her darling son and actor Abhishek Bachchan wishing his 'Maa' with a stunning throwback photo of hers and a sweet caption expressing his love for her.

He wrote: "Happy birthday. Love you."

Later, Jaya's granddaughter Navya Naveli Nanda also shared photos of her pyaari Nani and wished her with a message that read: "Nani I love you. Happy Birthday!"

After these early wishes came in from family members, fans started expecting her daughter-in-law and actress, Aishwarya Rai Bachchan to share her birthday wishes.

But, as known to alli Aishwarya and Jaya do not indulge in social media PDA often and hence, fans are always eager to hear more about what they feel about each other.

So here's looking back at times when Jaya Bachchan was all praises and love for her pyaari Bahu...

Though Jaya maintains a very serious public persona, she once cracked a funny joke about Aishwarya during a radio interview.

"I think that Aishwarya does a very good job of the hands-on mummy. And sometimes I tease her and say Aaradhya is a very lucky girl — can you imagine having a nurse like Miss World Aishwarya.”

Jaya also spoke about Aishwarya's work as an actor, saying,

"I would like her to start going out but she is absolutely hands-down and doesn’t depend on anybody. I think that is great." 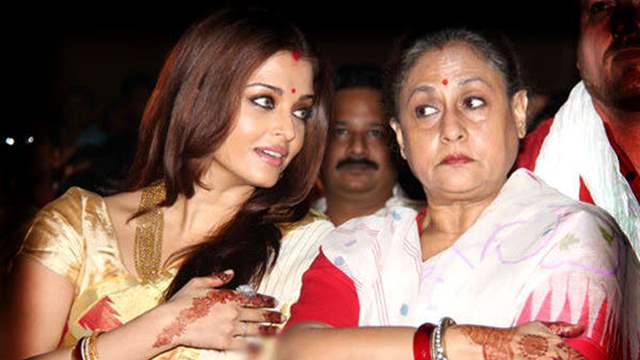 Days before Aishwarya and Abhishek’s wedding in 2007, Jaya presented an award at the Filmfare Awards. She took the opportunity to welcome Aishwarya to the Bachchan family.

"I am going to be a mother-in-law all over again to a wonderful, lovely girl who has great values, has great dignity and a lovely smile. I welcome you to the family, I love you.”

Aishwarya became visibly emotional and teared up after Jaya’s speech. 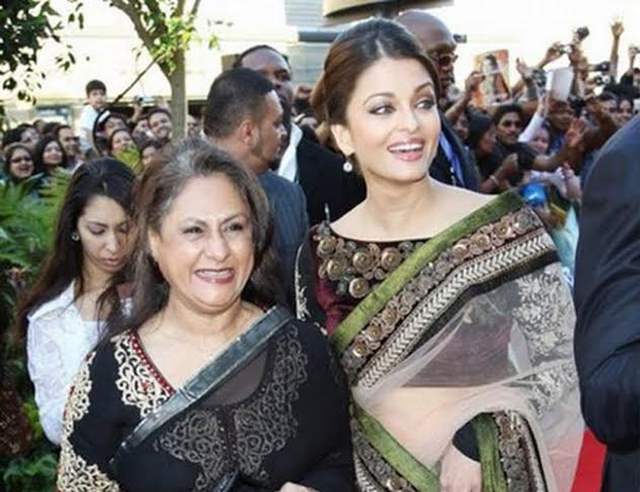 On an episode of Koffee With Karan, Jaya spoke highly of Aishwarya as her 'bahu'.

“I think its wonderful because she is such a big star herself. But when we all are together, I have never ever seen her push herself, I like that quality that she stands behind, she’s quiet, she listens and she’s taking it all in. Another beautiful thing is she’s fitted in so well. Not just into the family, but she knows that this is family, these are good friends, this is how one is supposed to be. I think she’s a strong lady, she has a lot of dignity."

Jaya is busy these days with her political pursuits as a Member of Parliament. She has not been seen on the big screen for years now. Her most acclaimed films include Guddi, Abhimaan and even Kal Ho Naa Ho.

1 months ago Jaya needs love, I see her eyes beaming with delight as Aish is showing love towards her. At home, Abhi must be giving more importance to Aish, so Jaya may be feeling neglected.