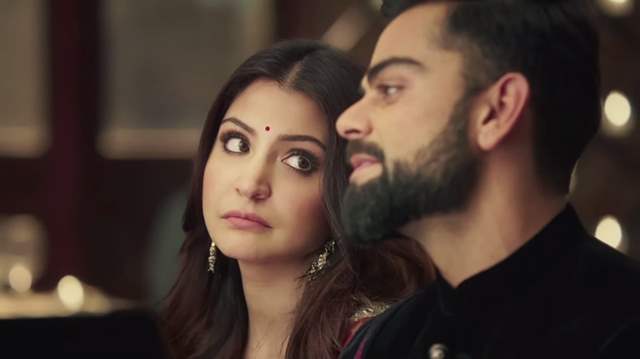 Anushka Sharma and Virat Kohli are expecting their first baby together and the lovely star couple is all set to welcome their little bundle of joy is all set to make his or her grand debut in the world anytime in January 2021. Proud parents-to-be for the first time are currently on cloud nine and are waiting with bated breath to welcome their little bundle of joy.

Recently, we reported to you about Anushka doing a pregnancy photo-shoot for a fashion magazine's cover and just before heading to her maternity hospital she shared her photos on her social media account to give a glimpse of her pregnancy photos to her fans.

During a recent interaction with Vogue India, mommy-to-be for the first time, Anushka spoke about the parenting approach that she and her cricketer husband Virat Kohli would adopt in raising their child and she shared that they "do not want to raise brats."

There are so many similarities in the way we are as people and the way we approach life. So I do think that will work for us. I've been thinking about it before I even became a parent. Conditioning is the most important role in how we see the world. I come from a progressive background, so that will always be a part of our home... Love is the underlying factor in our home, and what's important to us is that our child be respectful of people. You have to create that value structure. We don't want to raise brats.

In August this year, the actress and Virat Kohli announced the big news of their pregnancy on social media. Posting a happy picture of themselves, the couple wrote: "And then we were three. Arriving January 2021 (Red Heart Emoji) (Folded Hands Emoji).

Anushka and Virat Kohli met during the shoot of a shampoo commercial and they got married at a countryside resort in Tuscany in a private ceremony in December 2017 after dating for several years. They recently celebrated their 3rd wedding anniversary.