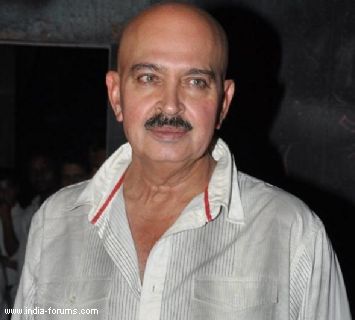 Filmmaker Rakesh Roshan promises to offer the best stunts and action in his superhero flick "Krrish 3", but admits they can't compete with Hollywood's technologically hi-fi sequences and burgeoning budgets. However, he says he retained the drama and emotions that Bollywood is known for in the movie.

"In terms of stunt spectacle and action, we have gone way beyond the other 'Krissh' films. But we can't compete with Hollywood. One of their action scenes is equal to my entire budget. We can't afford the bigness of the Hollywood superhero films," said the 62-year-old.

But that hasn't deterred him from giving his best shot.

"Given our monetary restrictions, we've done whatever we could do with the action scenes. But our forte is the drama. So, we have based all the action in emotions."

"Plain and simple, they have the money. We don't. We have to depend on our content, the story and emotions. We'll try to get the audience involved in the emotions and then get them sucked into the stunts," added the filmmaker, who also helmed "Koi... Mil Gaya" and "Krrish".

The shooting of "Krrish 3", the third film in the popular franchise, is complete, except its romantic songs. The movie features Hrithik Roshan, Vivek Oberoi and Priyanka Chopra.

The climactic fight between Hrithik and Vivek has them locked in a photo-finish combat where Hrithik insisted that Vivek should get equal weightage, footage and leverage.

"I had to justify Vivek's presence. So, his character gets equal importance to Hrithik. The story moves ahead with Vivek and Hrithik. And Vivek has done an amazing job."

"For the last five months, we have shot only the action scenes. All I can tell you is, the fights are not about showing the superhero throwing punches. His opponent is just as powerful. We're ready with two hours of film. We need to shoot another half an hour," said Rakesh Roshan, who first turned director with 1987 film "Khudgarz".

Rubbishing rumours that much younger director Farhan Akhtar was roped in to supervise the climactic fights, senior Roshan said: "Farhan has grown up with my son. I love Farhan's work. But I've been directing films from the time he was a child. I am very happy with the outcome. We are nearly done."

"This is the most difficult film I've ever shot. I've had to create a balance between my son's character and Vivek's character. The two look evenly-matched on screen. And that's my biggest triumph," he added.