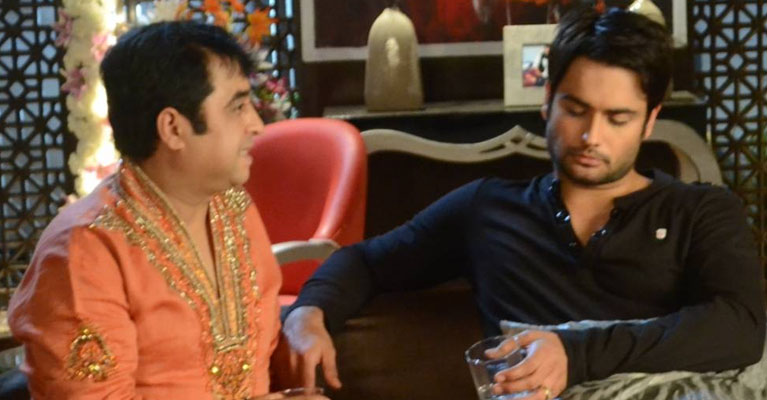 "Vivian is family to me. We often catch up on each other's lives and the last time we spoke he was all praise for my characterisation of Mr. Sahani. In fact, he has even started calling me 'Sattoo' which is my screen nickname in the show "...Badtameez Dil.

"He is really dear to me and such lovely praise of your work from loved ones really motivates you to work harder and better," Indresh, who plays the role of Satish Sahani in "Phir Bhi Na Maane..Badtameez Dil", said in a statement.

Vivian was initially offered the role of the protagonist Abeer in "Phir Bhi Na Maane..Badtameez Dil" but the deal never materialised and Pearl V Puri got the role.

"Phir Bhi Na Maane..Badtameez Dil" is a musical story, set against a music channel as its backdrop.

5 years ago Vivian would hav suited the role but m glad pearl is the one doing it...also abeer's character is similar to rishabh in madhubala so its good vivian didn't do it... & m glad to hav Pearl as Abeer...he is doing a grt job...loving his work...

5 years ago pearl v puri u are doing a great job in the show...keep rocking...love u :*

+ 2
5 years ago Vivian would have loved u too see as abeer but even pearl v puri is playing it amazingly.wish both pearl & vivian a successfull career

5 years ago Vivian Dsena wishing you all the best dear!!!!!!

5 years ago Vivian Dsena wishing you all the best dear;;;;;