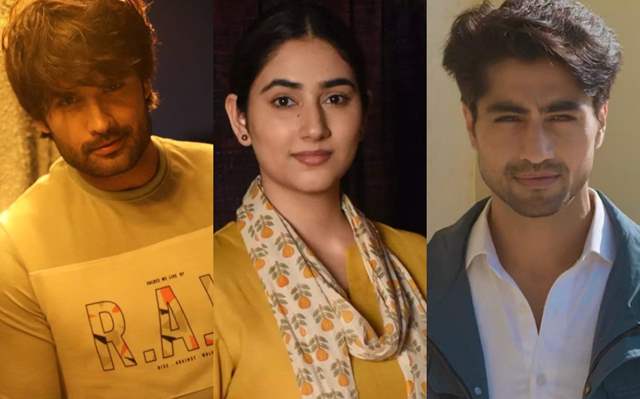 2021 has been quite the year as far as comebacks to the screen are concerned and in fact, some of the biggest names who have been away from the screens, made a return and in all good light. While some returned with new shows, some made way with sequels and existing ones too.

Here's a look at actors who made a return to the screens in lead roles this year!

Last seen in Bepannaah, Harshad is currently seen as Abhimanyu Birla in Yeh Rishta Kya Kehlata Hai and has been receiving a lot of love from the fans. He returned post a gap of 3 years and well, it was indeed a much celebrated comeback. The actor is popular for his roles in Kis Desh Mein Hai Mera Dil, Tere Liye and Left Right Left among others.

Soon after her marriage to Rahul Vaidya post his stint in Bigg Boss 14, Disha tied the knot with her beau and soon came another good news as she reunited with her Pyaar Ka Dard Hai Meetha Meetha Pyaara Pyaara co-star Nakuul Mehta for Bade Achhe Lagte Hain 2. Last, she was seen in Woh Apna Sa and as she returned to the screens as Piya, everyone has been raving about her.

Vivian Dsena was last seen Shakti - Astitva Ke Ehsaas Kii and returned with another Colors' show Sirf Tum, where he plays the role of Ranveer and co-stars Eisha Singh. The actor was a part of Shaktii back in 2019 and though he was away for a short time, fans were mighty excited for his return and rightly so.

Last seen in Ishqbaaaz, Nakuul was away from the screens since 2019 and fans were left waiting for a project from the actor. In 2021's August, he returned with Bade Achhe Lagte Hain 2 donning the role of Ram Kapoor and adding a bunch of layers to the already beautiful character that he is.

Yeh Un Dino Ki Baat Hai fame Randeep Rai returned to the television screens with Balika Vadhu 2 and this time, in a completely fresh avatar after playing a teenager earlier. He is seen opposite Shivangi Joshi in the show and made his way post the leap took place.

Actor Arhaan Behll did manage to garner a lot of eyeballs as Krishna Sajjan Singh from Mann Ki Awaaz Pratigya returned with the second season alongside Pooja Gor. The actor did make his presence felt in Yeh Jaadu Hai Jinn Ka in a brief role.

Mann Ki Awaaz Pratigya fame Pooja Gor also made a return to television alonside Arhaan and has been away from the screens post her role in Ek Nayi Ummeed – Roshni back in  2015. However, she has been keeping busy with web as well as movies.

Cezanne Khan, who has been away from television for as long as one can remember, did in fact, made a surprising return to the screens with the role of Harman in Shakti...Astitva Ke Ehsaas Kii, earlier played by Vivian.

Jay continues to be celebrated as Ishaan from Sasuraal Genda Phool and he made a return to the screens too, with the second season of the show. Though he wasn't playing a lead role, he was seen in Kuch Rang Pyar Ke Aise Bhi, Gudiya Hamari Sabhi Pe Bhari.

Which of these comebacks was the most awaited for you? 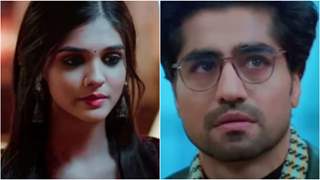 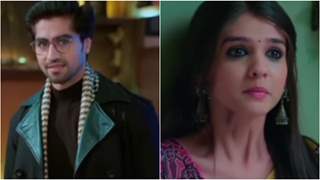 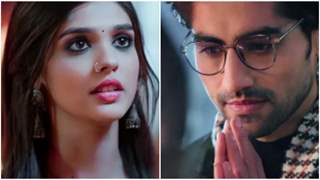 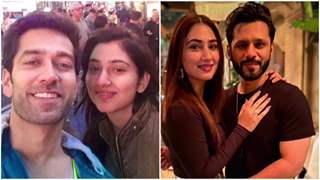 + 8
1 years ago so exciting all of these actors make a comeback...especially Harshad...man can ACT

+ 3
1 years ago What about Shaleen Malhotra, Kunal Karan Kapoor and Simple Kaul????

1 years ago Lots of luck and love for BALH2, Nakuul and Disha as Raya.

1 years ago Due to Harshad Chopda I made an IF account and I have never been more happy. This led me to know some of the most amazing people and I am enjoying the show along with them

1 years ago Abhimanyu Birla as a character seems like an open but that's the first clue we have that we don't him because we think we know par gulzaar sahab se kaha hai, ache log aur ache kitaab aasani se samajh nahi aate. Unhe padhna padta hai. Abhimanyu Birla, you have to read him to know. Of course, a deserved character to comeback with

1 years ago Finally Harshad decided to come on screen and once again leaves us stun with his acting calibre.