View Profile
Ahh Vivek Oberoi... was there ever a better Riches to Rags story? 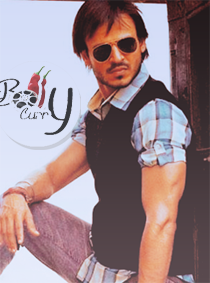 The actor, once slated for stardom with Aishwariya Rai by his side and hits such as Company, Saathiya and Yuva under his belt, now seems to be struggling to retain any sort of foothold in the fickle world of Bollywood despite continued critical and commercial success.
The latest blow to his (already spotty) career is rumours of him being unceremoniously ousted from not one, but three projects. The list reads: Shooutout at Wadala by Sanjay Gupta; the sequel to 2007's crime film Shooutout at Lokhandwala. To be fair, there have been plenty of cast changes in this one with the team currently standing at John Abraham, Anil Kapoor, Kangana Ranaut and Ronit Roy.
The next is Bloody Paki based on the 2005 London Terrorist attacks. However, despite Vivek's name being linked to the project for the last two years, it seems as if the movie may just proceed without him.
Finally the actor also seems to have lost out on Bejoy Nambiar's David. The movie, covering the stories of three different characters all called David (bet you didn't see that one coming) has apparently had problems from the get-go with rumours of Vivek insisting on playing the role of David.. all three of them.
Nambiar however remained unconvinced and now seems to favour Neil Nitin Mukesh for the role(s).
Yay for Neil. Chin up Vivek; you still have Krrish 2 to look forward to. We hope!
Author: Nabila K.
Editor: Gunia.
Graphics: Zunni.