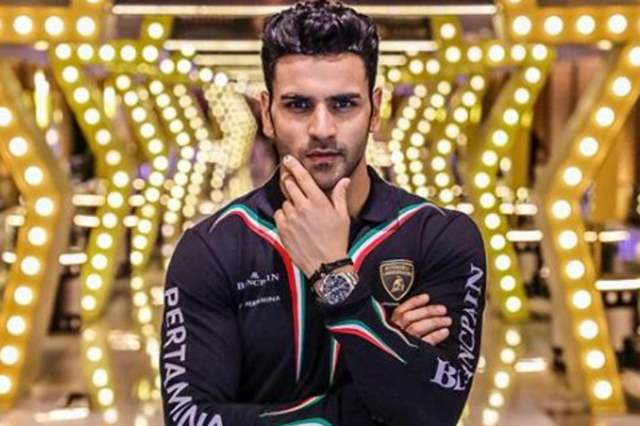 Actor Vivek Dahiya, who rose to fame after playing the role of ‘Inspector Abhishek’ in Divyanka Tripathi starrer long-running Star Plus show ‘Yeh Hai Mohabbatein’, has revealed that he was addicted to gambling during his college days in UK. The actor, who is also passionate about becoming a positive influence on youngsters, later quit the habit. It took him three years to quit gambling.

Speaking about the same, Vivek Dahiya told a leading daily that, he got addicted to gambling at the age of 19 in 2006 when he had started working at a retail store during second year of college. One of his friends took him to casino and he won money that day. He was excited as he would have earned that amount after working for a week. He then started visiting casino regularly and became a compulsive gambler. At times, he would bet his whole salary and he once even offered his car keys to someone to lend him money for gambling.

However, Vivek’s conversation with a taxi-driver helped him in quitting the habit. Revealing the same, he further told TOI that, “One night, I had lost a lot of money and was left with just five pounds to catch a cab home. The cabbie, a Bangladeshi, asked me how the night was, referring to my visit to the casino. Since, I wasn’t in the right frame of mind, I didn’t want to talk to anyone. And then, he narrated his story to me. He was an uneducated man, who relocated from Dhaka years ago. He saved up enough money to buy a cab and got married to an Indian girl. He was hardworking, and in a few years, became the owner of several taxis. He also bought two houses in Cardiff. However, on one fateful evening, his friend took him to a casino and his life went downhill since then. He became addicted to gambling and lost everything. He became bankrupt and his wife left him along with his two kids. His story did what no advice could do; that was the last day I went to a casino.”

According to him, any kind of addiction is destructive and now he wants to create awareness about the same.

On the career front, Vivek Dahiya made his TV debut with an episodic in ‘Yeh Hai Aashiqui’. His first full-fledged role was of ‘Inspector Rajveer’ in Star Plus show ‘Veera’. Whereas, he first played lead role in Ekta Kapoor’s Colors show ‘Kavach…Kaali Shaktiyon Se’ opposite Mona Singh. He was declared as the winner of ‘Nach Baliye 8’ along with actress-wife Divyanka Tripathi and was last seen in ‘Qayamat Ki Raat’ opposite Karishma Tanna.

A HUGE FAN 1 years ago Commenting for Divyanka Tripathi!