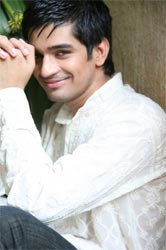 We had earlier reported that there will soon be a love triangle seen in Zee's Choti Bahu with Radhika (Rubina Dilaik) telling everyone that she is wedded to Keshav who works as a Chartered Accountant in Dev's firm.

The character of Keshav was played by Shashank Sethi, but now Vishal Singh of Kasamh Se fame will be replacing him.

According to our source, "Vishal Singh has been roped in to play the character of Keshav now. The character gains lot of impetus in the coming track, and the production house and channel decided to go for a replacement. Vishal will be starting shoot very soon. Keshav and Radhika are good friends, and apparently Radhika was to get married to him earlier. Keshav who has a soft corner for Radhika will help her in her struggle".

The love story of Dev and Radhika will get even more complicated with this development.

We tried calling Vishal Singh and Shashank, but both were unavailable for comments. 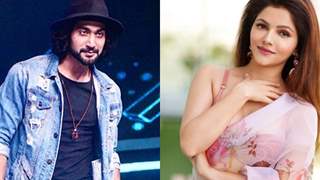 13 years ago movissharma is right! what kind of triangle is this??

13 years ago loved him in kasamh se! cant wait to see him :D

13 years ago well its gr8 tht he will play the role og keshav in CB.

13 years ago well, actually i didnt like the person who played keshav, i think vishal is a much better actor. so im looking forward to see him again!

+ 2
13 years ago Vishal is going to play a Negative Role.....I forgot where I heard or read that Keshav is now befriends with Radhika and going farward he will be part of the drama saying he and Radhika are married and then he turns Negative to get Radhika in his life.....

I dont knw whtz gonna happen....and now this article is saying...Vishal is going replace the character and going to help Radhika...!!!! HUH!!!

13 years ago Dev loves Radhika, Radhika loves Dev a simple straight line where this triangle comes from.
purab loves radhika then its a square, what a joke!
I agree its a vector triangle no space for Keshav, despite of who ever been playing the role.

13 years ago yay! i missed him & im glad he will b on CB! gudluck to him but i will miss the old keshav tho

I would love to see him in a negative role!

+ 4
13 years ago this is great! I like Vishal, it will be easier to like Keshav's character.... but I just hope the character stays positive!