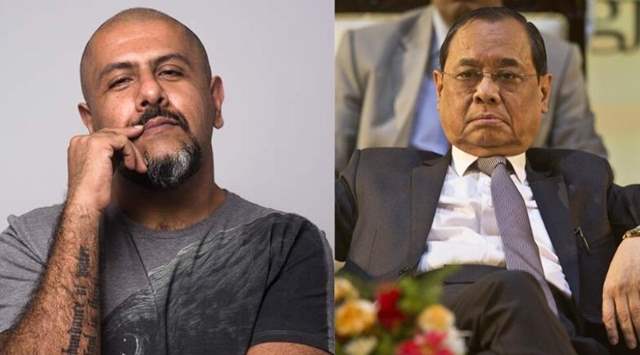 Famous music composer and singer Vishal Dadlani, who is currently seen as a judge in Sony TV’s singing reality show Indian Idol 11 has landed himself into trouble yet again. Dadlani’s recent tweet about former CJI Gogoi has not gone down well with people and they are constantly trolling him on Twitter for writing distasteful things about Gogoi.

In his tweet, Vishal called him a disgraceful and cowardly man and this left people fumed. #SackDadlaniFromIndiaIdol has been trending on Twitter.

While some thought that it was an absolute misuse of freedom of speech, many felt that the entire act of maligning the senior most esteemed Supreme Court judge should be dealt strictly.

Wistfulness 8 months ago Deceased? Who the devil edits these articles? LOL! Former CJI has retired not died. Dadlani is a piece of trash!

‘It's been a challenging year’ writes Sanjay Dutt’s Daughter ...
22 minutes ago