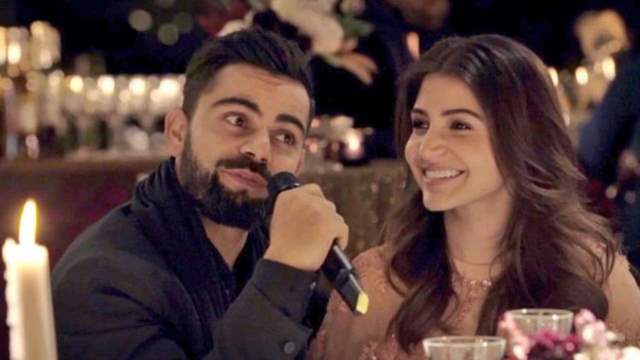 Virat Kohli and Anushka Sharma who were expecting their first baby, have been blessed with a beautiful baby girl. The couple welcomed their little bundle of joy this afternoon, January 11, 2021.

Proud daddy and Indian Cricketer, Virat, took to his social media account to share the big new news with the world. Sharing two photos with the baby announcement message, one in Hindi and one in English, Virat captioned it with a red heart emoji and confirmed that his wife Anushka Sharma delivered a baby girl and the mother and daughter were in perfect health.

As per close sources present around the couple during the time of birth of the baby girl, Virat couldn't contain his happiness and excitement as his little angel arrived and he wept tears of joy upon seeing her.

Now, as per reports in Peeping Moon, Virat and Anushka have given a very unique name to their baby girl. The star couple has named their daughter "ANVI".

A source has revealed to the entertainment portal that they have entered their daughter's name as Anvi in the hospital register.

While an official announcement about the same is still awaited, we hope that it's true as the name perfectly fits in and is also a combination of both, Virat and Anushka's names.

Anushka Sharma- Virat Kohli Welcome their First Baby. It's a ...

Anushka arrives at her maternity clinic; Virat takes her for a lunch ...