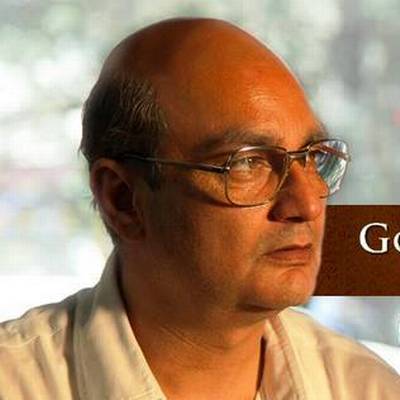 Vinay Pathak, who will be essaying the role of freedom fighter Gour Hari Das in the film "Gour Hari Dastaan - Freedom File", went bald to resemble the character.

To do full justice to his role, the National Award winning actor went an extra mile and plunged into the new look.

"From losing hair to a total bald pate was tricky to shoot...so we shot the sparse hair makeover first, before I took the plunge into a bald one. It was a tough decision but then so was the film... a rare opportunity," said Vinay in a statement.

The "Bheja Fry" actor lost weight and built a body frame to match Gour Hari Das, who is comparatively frail in physique.

"The role spanned a gamut of 30 years, so that meant a very meticulously worked out makeover," the 46-year-old added.

To mould himself into the character perfectly, Vinay got himself familiar with Das's surroundings and atmosphere at and near his residence in Dahisar in Mumbai.

"I moved my mind, body and soul closer to his being. The important thing was not to do an impersonation but interpret Das correctly as Vinay Pathak the actor. So from his all-white fashion statement to his tolerant yet witty demeanour, I studied the man carefully.

"To recreate a living personality that too, a real life unsung hero like Das, had to be carefully executed. But the reward was the overwhelming response from festival screenings all over the world. When the real Das appears at the end of the film, the audience felt 'that I had morphed into Das'," said Vinay.