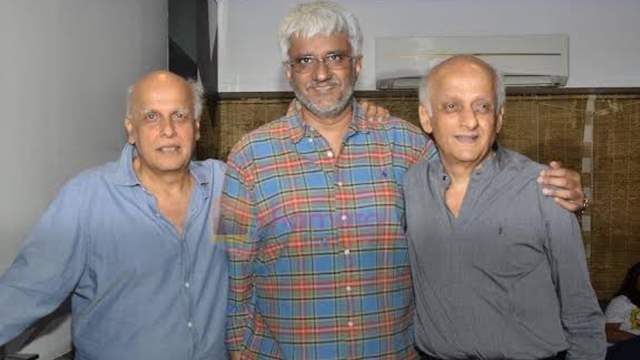 The split between Bollywood brothers and filmmakers Mahesh Bhatt and Mukesh Bhatt is yet again making headlines.

Director Vikram Bhatt has broken his silence and had a blunt response when asked to comment on the professional tiff between his uncles. He stated that he has been asked by his ‘boss’ Mahesh Bhatt to keep mum on this topic. He told ETimes:

"Whatever I have to say I will not say because my boss Mahesh Bhatt has asked me to not talk on this subject and I have to listen to him."

For the unaware, it all started earlier this year when the two brothers went separate ways after Mahesh Bhatt gave up his position of creative consultant of the family banner, Vishesh Films. Mukesh Bhatt had said in an interview that Vishesh Films will now be run by his children, daughter Sakshi and son Vishesh. He had clarified that Vishesh Films was always his company, with Mahesh serving only as a consultant.

Recently, actor Emraan Hashmi, who has appeared in several projects produced by the banner Vishesh Films, had opened up about their professional split. He had said in an interview:

"All good things come to an end. Equations change. Nothing is permanent. And I am saying this without knowing the details of what has played out between them. As far as I am concerned, I still talk to both of them.”