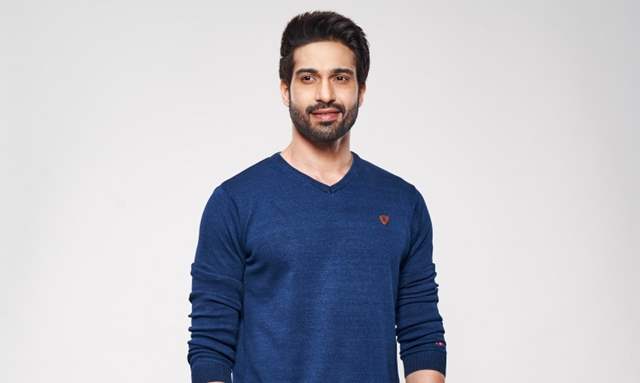 Aapki Nazron Ne Samjha, produced by ace production house Full House Media will see Vijayendra Kumeria and Richa Rathore in the lead role. Vijayendra will be seen playing the role of Darsh in the show and we got in touch with the actor regarding the show, television space, and more. Read his interview here.

Tell us about the character and your experience so far.

The character is lovely, it is a delight for an actor to step into something that is challenging and that is the reason I said yes to it. As for the character, he is visually impaired, still, he is a very positive person and doesn't let that affect his growth or anything he does, he is a very self sufficient guy despite the disability, and that's about that. I am quite enjoying doing this because it is in a new space.

What kind of homework went into preparing for the character?

What would you say is the USP of the show?

It is sad that people still believe that TV actors or television shows are very loud, well there are some, but things are changing, the writing pattern, the acting, the dialogue delivery, everything is becoming more subtle and natural, which the audiences can relate to.

Daily soaps have their own set of stereotypes, how would you say things are changing in this space right now?

About the TV shows that are on air right now, I can't comment on them, but this is a different show, treatment-wise, and even otherwise, it is much more simpler and subtle. As an actor, if you would ask me, I always try to act very naturally and do a subtle job instead of doing loud acting, that is what I believe in. I think a lot of people are doing it. It is sad that people still believe that TV actors or television shows are very loud, well there are some, but things are changing, the writing pattern, the acting, the dialogue delivery, everything is becoming more subtle and natural, which the audiences can relate to.

What are your plans for OTT, is there something you are looking forward to doing ahead?

In the near future, I am going to be relatively busy with the show, but eventually, I definitely want to work on the OTT space if I find something, but the character has to be substantial, it has to be something good and as an actor, I should be convinced doing that, only then I would take up something.

+ 2
1 months ago Love the 1st episode I wish IF had forum for this show.

1 months ago Great answers 😃 by him...he is a gd actor...watched him in naagin 4