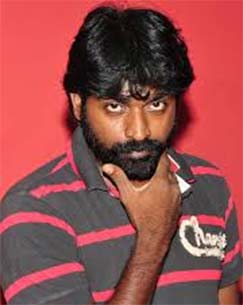 Vijay Sethupathi-starrer Tamil drama "Pannaiyarum Padminiyum" is releasing Friday and its makers, who have been actively promoting the film, pushed the envelope Wednesday when Vijay pedaled through the city in a tricycle.

Vijay, who plays the driver of a Premier Padmini car in the film, pedaled through the city with the film's banner on the back of the tricycle.

"We followed the 1980s style of film promotions. Back then, people used to go around the city promoting in a tricycle. They would make announcements about the film using a bullhorn. We had that set up in the tricycle which was driven by Vijay Sethupathi," director Arun Kumar told IANS.

Also starring Jayaprakash, Iyshwarya Rajesh, Sneha, Neelima Rani and Thulasi, the film is about the story of a landlord and his vintage Padmini car.

Earlier, the makers promoted the film by indulging in a car rally featuring 50 Padmini cars.

They also made a personalized video featuring the owners of Padmini cars in Tamil Nadu. In which, the owners shared their love for the car and why it is a priceless possession.

"It's very important to promote akin to the story of the film. Promotions should make people connect with the film on an emotional level. I think we have achieved that so far with our promotions," he added.