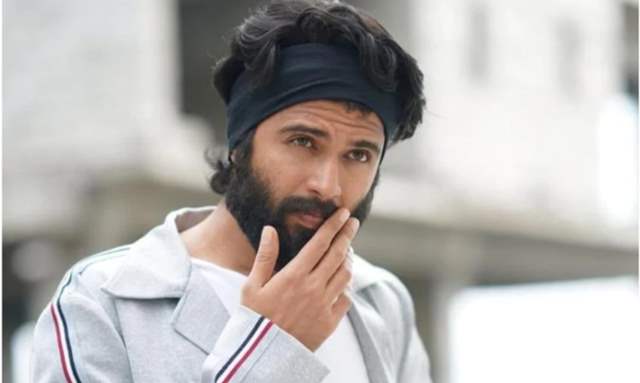 South star Vijay Devarakonda was in soup after an entertainment website ‘Great Andhra’ raised alleged allegations of insulting the poor people. The article accused the actor of having collected money from fans for COVID-19 donation.

For the uninitiated,  Vijay recently started a fundraising campaign to supply essentials through his NGO ‘Devarakonda Foundation’.  The actor donated Rs 25 lakh towards this and through donations received another Rs 75 lakh to help around 7500 families.

Reacting to the ‘fake’ allegations as claimed by the actor, Vijay posted a video slamming the same and wrote: “This Video is my responsibility to my people. Meanwhile, You are welcome to continue trying to end my career, destroy my image, write nonsense about me. Cuz, IDGAF. Over and out. #SpreadPositivity #KillFakeNews Love Vijay Deverakonda.”

In the video, he reveals that this incident was an attack on him after he denied giving interviews to the website. “Two days ago, they asked me for an interview, when I denied, this is the repercussion,” Vijay said.

He adds: “They expect ads and interviews from us. If we don't give them, they throw mud at us, they try their best to suppress our films right after it releases. What is their qualification? How do they rate our films? And why do people make decisions based on what these unethical people lacking in commonsense write?"

The actor also cleared the air and clarified the entire episode:  “A website wrote that only 2,200 people have been reached out by us so far. It's actually 2,200 families. Some experienced people are working for TDF. They have had to slog for hours together every day shortlisting the needy people. It's not my fans who have given us Rs 50 lakh. It's middle-class people who know the pain of their fellow classes who did so."

Vijay also launched a campaign to boycott the gossip websites with #KillGossipWebsites. To extend his support towards the actors’ campaign, Mahesh Babu penned a lengthy note on Twitter and wrote: “I call upon the industry to act upon these fake websites that live off us and disrespect and lie about us collectively.”

Veteran actor Chiranjeevi tweeted, “I can understand your pain. Because of irresponsible writing, like you, I and my family suffered several times. We stand by you. Please don't let anything deter your spirit.”

'We Faced Whatever was Thrown at Us': Vijay Deverakonda's Heartfelt ...