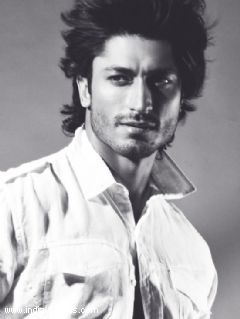 Vidyut Jamwal had garnered alot of appreciation for his stellar action in Force. Commando, his first as a leading man, made an impact for its action sequences and the former model, whose name today is synonymous with daredevilry, is now preparing for what he hopes will be a turning point in his career.

The actors group, the Vidyut Jamwal Stunt Company, will be named in the stunts credit of Bullett Raja.

He has also signed an action film and buzz is that the project is on the lines of the Hollywood hit 300.

The actor is prepping up for the flick to be directed by Ram Madhvani. The filmmaker has directed several award-winning commercials and his first feature, Let's Talk premiered at the Locarno Film Festival.

"The concept is brilliant and Ram is one of the best action directors. The film will be unlike anything you have seen before, with a lot of the Indian martial art form, Kalaripayattu, which I have trained in since I was 10," said Vidyut.

The action hero claims that he choreographed all the stunts in his previous two outings but did not get credit for it. But in Bullett Raja, where he makes a special appearance, Vidyut and his group will be mentioned in the credits.

"Tigmanshu (Dhulia) told me to choreograph my action scenes and has credited them to me. My company is made up of 15 boys from the slums of Dharavi and from Kerala," Vidyut adds.

One of the stunts in Bullett Raja sees Vidyut sliding under a bed in a chase scene and has already caught the fancy of the audience.

"People have been asking me how to do it. You need to be really flexible to pull it off," said the actor.
0 Likes

exclusive
Exclusive Roadies Revolution: A big fall-out between the contestants ...
3 hours ago