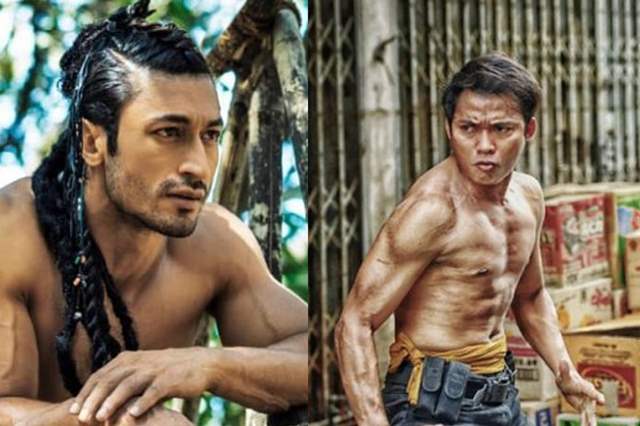 You would be living under a rock if you didn't know that actor Vidyut Jammwal is an absolute fitness freak and isn't just having a toned body but continues to propagate and advice tips on how to achieve real fitness and athletism too. Recently in the news for the topic surrounding not being invited to the Disney+ Hotstar conference amidst 'big' stars, he indeed received a lot of positive response for the same. Apart from all this, the actor currently has a chat show rolling which promises to have an array of epic conversations titled X-Rayed by Vidyut.

And if you thought that this cannot get any bigger, it absolutely did like the first episode of the same just dropped recently and it had none other than actor and martial arts specialist Tony Jaa coming in as the guest.

Jaa has been the face of the epic and popular Ong Back franchise and played an important role in Fast and Furious 7 too but most importantly, he is known to popularise Muay Thai art around the world. According to a report in SpotboyE, interestingly, Jaa revealed how Muay Thai is actually inspired by Lord Hanuman and Ganesha. About the show, Jammwal said,  "X-Rayed is where people will get to know what legends are made of, to know what the actors, the legends and the stars want you (the viewers) to know. This is not about any film promotions, but only about the star."

The Indian action hero shares that in the 80s and 90s, Jackie Chan, Bruce Lee and Jean-Claude Van Damme ruled the action genre and then in 2000 came Tony Jaa, who changed the world of action and made it his own. In the course of the episode, Vidyut asks Jaa about his journey to becoming an international action star, to which Jaa says, "When I was a kid I had a dream to become an action star after I watched The Drunken Master starring, Jackie Chan. I wanted to be an action star and I began seeing that movie in my dream. I began to work for my dream to be an action hero. Mr Panna taught me how to kick-off action. I kept doing it and training for it."

Jaa adds, "I talked about it (my dream) to the universe and it happened! I can't believe it. Nobody believed it. I come from the locals, I  am not from Bangkok. I was 6 years old when I saw the movie."

'It is My Way of Giving it Back to Society': Vidyut Jammwal Opens Up ...

Vidyut Jammwal Opens Up On Link-Up With Adah Sharma; More Than 'Just ...