View Profile
Believe it or not, Vidya Balan’s kismet is tightly connected to monsoon. How? Very simple, see most of Vidya's hit film 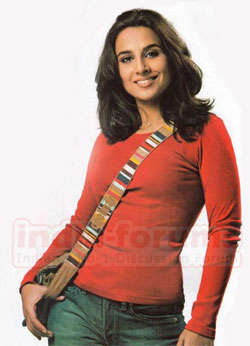 Featured Video
s, be it Parineeta, Lage Raho Munna Bhai, Bhool Bhulaiyaa or Heyy Babyy, all were released during monsoon and enjoyed sprinkle of cash at the box office.

You may not look that much satisfied with the reasoning though, but you have to think and believe that Guru was a hit and among few of her screen presences in Guru, Vidya had a drenched-in-rain scene which was obviously the reason behind Guru flaunting a hit. Unfortunately, people spent time talking about Abhi-Aish and others in the flick. Thus, though the film was not released in monsoon, the film had a monsoon scene to boost Vidya kismet.

I know you must be thinking about the other side of the coin. Thus I have the list of her other films like Salaam-E-Ishq, Bhalo Theko (Bengali) and Halla Bol which domed at the box office for a simple and single reason of not releasing at the monsoon.

Guess what! Vidya’s Kismat Konnection is getting released during monsoon and thus leaving no room to think of its failure at the box office. What else, Vidya has nothing but to wish re-releasing Halla Bol and Salaam-E-Ishq during this monsoon to click hit.

Jokes apart, guess what Vidya will be singing all these days… "Rain rain, come again, make my releases worth and bless me with gains".