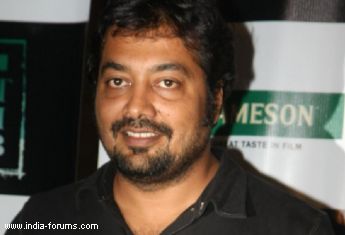 Filmmaker Anurag Kashyap is thrilled with the story line of "Kahaani" and says that the film's leading lady of the movie Vidya Balan is a true successor of superstar Aamir Khan when it comes to choice of scripts.

"'Kahaani' is how a thriller should be shot...the ending is debatable but what an effort," the 39-year-old tweeted.

"Vidya is slowly emerging to be a true successor of Aamir(Khan)... a great career is defined by choices one makes and courage to see it through," Kashyap added.

Produced and directed by Sujoy Ghosh, this Vidya's another woman-centric film after "Ishqiya", "No One Killed Jessica" and "The Dirty Picture". The film also features Bengali actor Parambrata Chattopadhayay and Nawazuddin Siddiqui in prominent roles.

Superstar Shah Rukh Khan says he misses being a child as adulthood brings restriction in discovering new aspects of life.

"I miss being a baby because sometimes as an adult, one feels one is just repeating trivial maintenance duties instead of discovering new things," the 46-year-old tweeted.

Bollywood actress Madhuri Dixit, who was in London to unveil her wax statue at the Madame Tussauds museum, is here and asks her fans to check out her official website.

"Back in Mumbai! Home sweet home," the 44- year-old tweeted. "Check out my website...madhuridixit-nene.com. The blogzine link and connect are active. The other features will go live soon. Enjoy."