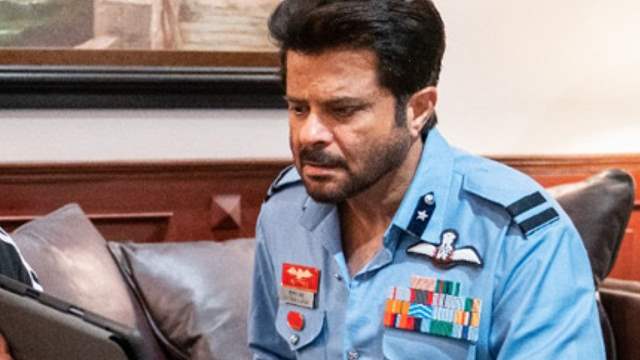 The trailer of Netflix movie ‘AK vs AK’ starring Anil Kapoor and Anurag Kashyap dropped a few days ago. The trailer piqued the curiosity among fans as the two stars play versions of themselves in the thriller drama where Kapoor faces several hurdles to find his daughter Sonam Kapoor.

However, the film invited trouble after the Indian Air Force raised objections against the ‘AK vs AK’ trailer and expressed how Anil Kapoor ‘inaccurately’ wore the Air Force uniform in the movie, while using ‘inappropriate’ language.

The IAF even asked for the scenes to be removed. The official Twitter handle of the Indian Air Force shared the trailer and tweeted, “The IAF uniform in this video is inaccurately donned & the language used is inappropriate. This does not conform to the behavioural norms of those in the Armed Forces of India. The related scenes need to be [email protected] @anuragkashyap72 #AkvsAk”

In response, Anil Kapoor has now issued an apology through a video message. "It has come to my attention that the trailer of my new film "AK vs AK" has offended some people. As I am wearing the Indian Air Force Uniform while using unparliamentary language, I would like to sincerely offer my humble apologies for unintentionally hurting sentiments," he said in a video message.

Check out his video here:

Netflix also responded saying, “Hon. @IAF_MCC, our intention would never be to disrespect the Armed Forces of India in any regard. AK Vs. AK is a film in which Anil Kapoor and his co-stars are playing themselves as actors.”

The official synopsis of ‘AK Vs. AK’ reads, “A brash film director (Anurag Kashyap, as himself) kidnaps the daughter of a movie star (Anil Kapoor, as himself) and films the star’s desperate search for his daughter in real-time as his next blockbuster.”

Directed by Vikramaditya Motwane, the movie will start streaming on Netflix from December 24, 2020.