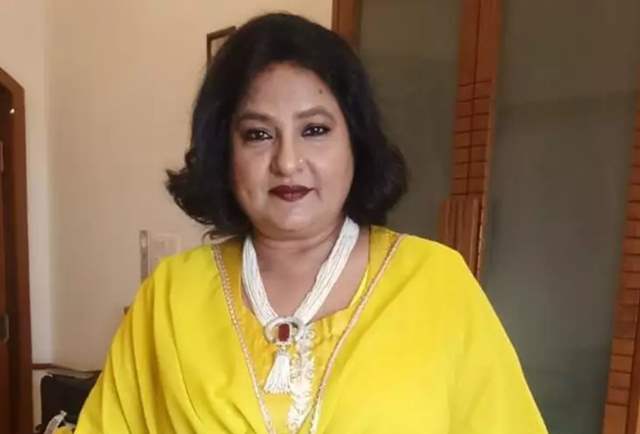 Many thought that the decision of killing off Shweta Gulati's character in Tera Yaar Hoon Main on Sab TV would back fire for the show. But somehow and someway, the show has managed to sustain where actor Sayantani Ghosh took over as the female lead, albeit in a different character altogether.

A lot has been going in the current track of the show and now it is only going to get more intense with a new entry. Actor Vibha Chibber, who is an absolute veteran and needs no introduction has been roped in to play an important role in the show.

Chibber will be seen playing the role of Daljeet'd (Sayantani Ghosh) mother Gurmeet. The storyline takes an exciting turn as viewers will get to watch the return of Rajeev from his kidnapping incident. Rajeev manages to save the day just while Daljeet was being blackmailed by Shakti and was on the verge of signing over her property to him, leaving Bansal Sadan forever. Just as this situation gets sorted, Daljeet’s mother calls her insisting her and her new family to come and visit as she’s extremely unwell and hasn’t even met her family yet. Daljeet’s mother, Gurmeet, is a boisterous, full-of-life woman just as feisty as Daljeet who has recently returned from London. She owns a sprawling property part of which has been turned into a resort. While her illness seems like just an excuse, Gurmeet is upto to something, a lot of emotional atyachaar coming Daljeet’s way.

Talking about her entry and her role to ETimes TV, Chibber said, “Gurmeet is someone who is full of life, a typical energetic Punjabi mother which makes the character all the more relatable to me. In the show, Gurmeet will be seen returning to India from London and will be meeting her daughter after a long time. Shooting for these scenes gave me the opportunity to strike the balance between a roller coaster of emotions and drama. I am sure the upcoming episodes will be loved by the audience.”