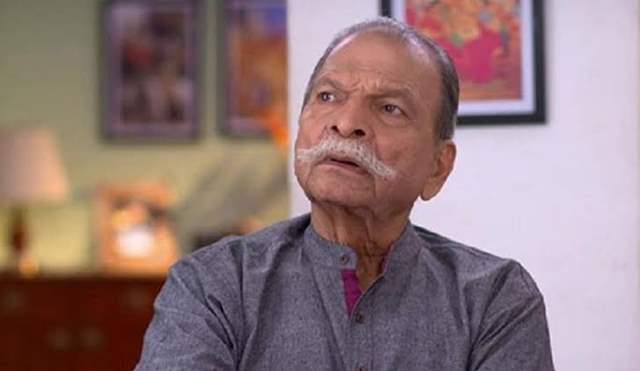 Another day and another unfortunate death to report about. Apart from the dreadful year of dealing with a pandemic that 2020 has been, it has also been the year that the entertainment industry an array of legends and noteworthy stars.

Joining this list now is another veteran actor Ravi Patwardhan. Primarily known for his roles in Marathi cinema and theatre, Patwardhan also played key roles in several films like Yeshwant, Thakshak, and Bond among others.

In fact, he was also a part of bit Marathi show, Agabai Sasubai, where he was supposedly shooting from home.

However, due to a prolonged illness, Patwardhan breathed his last. His death was confirmed by producer of Agabai Sasubai, Sunil Bhosle.

Talking to Indian Express, Bhosle said, "I had spoken to him just some fifteen days back because we had to start shooting for our show. Due to the Covid-19 restrictions, we had made some changes in the story in a way that he was able to shoot from home. He was shooting till the very end. He died of age related health issues; he was 84 years old. In February he had two heart attacks, and he had recovered.”