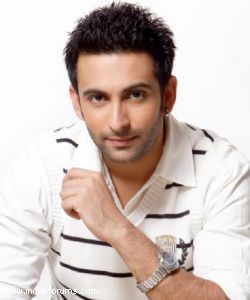 Veer (Nandish Sandhu) in Colors' Uttaran will get into major trouble and will be trapped from all sides by the fool-proof plan of the brother - sister duo of Satya (Sharad Kelkar) and Sanchi (Harsha Khandeparkar).

As we know, Veer has been called to a particular hotel by Ichcha (Tina Dutta) where a big surprise has been planned for him. Satya and Sanchi take advantage of the situation and guide Veer to a different room in the hotel, while Ichcha is waiting for Veer in another.

A little birdie tells us, " Veer will go into the room, where he sees a lady sitting as a bride. He mistakes her to be Ichcha and gets close. The room has been fully decorated with flowers and Veer is actually taken aback when he gets to know that the girl is Sanchi and not Ichcha. Sanchi and Satya have a plan ready, and as per it Sanchi plots evidences in the room and on her body, thus giving a clear indication of molestation. While Veer is trapped in the other room, Ichcha gets desperate when Veer does not come to her room as per her plan. She starts to enquire with the hotel authorities but does not find his whereabouts. And as the last act of their plan, Satya and Sanchi call the police and get Veer arrested on the charge of molestation".

How will Veer escape the clutches of law?

Only time will tell...

Kinza22 9 years ago Sharad ur an actor of passion, originality and perfection tht we've witnessed in ur shows...and now we want tht again on our screens...coz i think thr's nothing special on TV these days to watch...so please try to make a rockinggg come back soon pleaseee !!!

9 years ago Sharad waiting and waiting to see u on screens again...please just dont make us wait more...and come back soon...!!!

9 years ago sharad please dont waste your precious time and come back in a lead role!!

+ 2
9 years ago Ur track in UT is getting worser by the day... give it up n come back in a lead role which suits ur talent

zobie44 9 years ago Sharad you just cant stay in ur corner of the forest and making us wait like this...we can't wait anymore bcoz waiting is painful...so just stop playing hide & seek in ths boring show Uttaran and be back now coz we just want to see u in a new show and in a leading role...!!!

+ 2
9 years ago Please leave this good forsaken show n come back in a more meatier role... UT has nothing left in it 4 any1... have been tolerating it only 4 u ... but its just too much now

9 years ago Sharad pleaseee just quit this show...and be back soon in a new show as a lead !!!

+ 2
9 years ago Seeing ur performance in other shows... its so disappointing to see u in such a petty role with a badly written track ... please leave it 4 good

maan4love 9 years ago what has happen to indian channels?shows which are needed to end are running n which people want to watch are ending