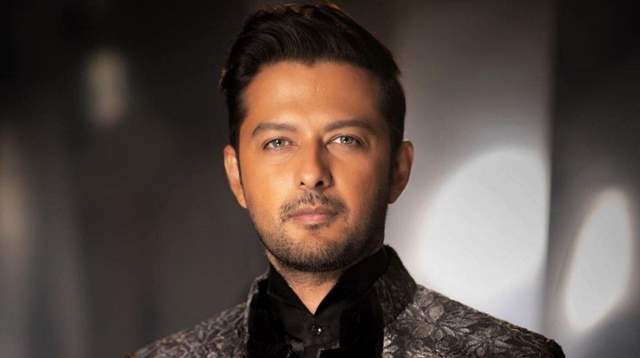 Bollywood actor Vatsal Sheth who made his big screen debut with Tarzan the wonder car has shared some adorable throwback pictures on social media.

He is also known for his performances in television shows like Ek Hasina Thi, Rishton Ka Saudagar-Baazigar, Gehraiyaan and Kaun Hai?.

He is quite active on social media following all the trends along with his wife Ishita Dutta.

Recently the actor took to his Instagram and shared a series of throwback pictures from his tvc. He is seen along with bollywood's king Khan Shah Rukh Khan in the pictures.

We get to see the very glimpse of youthful Shahrukh Khan dressed in a white shirt along with black trousers.

Also Vatsal is looking quite young wearing a blue t-shirt and has posed with the Sharukh for the photo as well as the crew .

He has shared that he was quite nervous because he was going to share the screen with SRK.

He captioned the photo writing ,

'Nervous as hell couldn’t believe being in the same frame with The Superstar @iamsrk Shahrukhbhai talked me through it & made me very comfortable during the shoot. @iamsrk bhai can’t thank you enough for helping a super nervous kid out, one of the best experiences of my life'.

Fans are going crazy over this nostalgic post and are adding on their lovely comments.One user writes 'so young', while someone says, 'i still can't believe you are 41 now'.

In the frame we can also see Prahlad Kakkar who is an ad film director, best known for his work on the famous Pepsi TV.

On the film front, Shah Rukh Khan has been working on Sidharth Anand’s Pathan where he is co-starring with Deepika Padukone and John Abraham.

His next film is said to be with Atlee where he stars alongside Nayanthara.