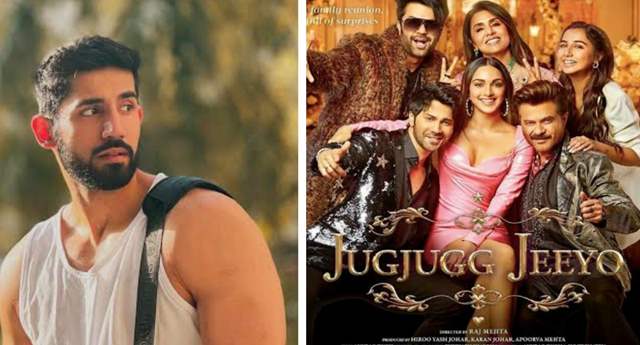 VJ Varun Sood is all set to make his acting debut with a cameo role in the upcoming film 'Jug Jugg Jeeyo' and has also been signed up by filmmaker Karan Johar's talent management agency.

Varun, who is also a basketball player, is ecstatic for his debut. He said, "It is a strange sensation. Every aspiring actor dreams of being a part of a Karan Johar film, and I'm no exception. My heart is filled with gratitude, and I thank my lucky stars for this opportunity."

"For me, there is no such thing as a small or big role. I am just fortunate that I have now become a part of this industry. Working with the cast and crew of Jugjugg Jeeyo was a blast, and being directed by Raj Mehta was an eccentric experience," he added.

On being signed by KJo's talent agency, Varun thanked the filmmaker and the agency for believing in him.

He said: "I am startled and screaming with joy. For now, I am just getting started, and the hard work and hustle will only become tougher from here on. But I am ready for the fight since cults like Karan Johar believe in me."

+ 12
2 months ago Congrats Varun on your Bollywood debut