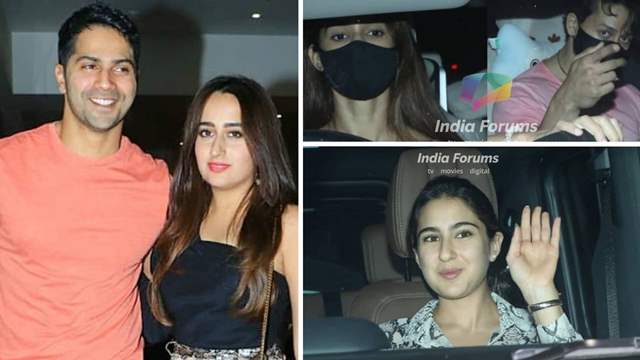 On Friday, Varun Dhawan hosted a house party for his Bollywood friends to celebrate his wedding with Natasha Dalal.

B town buddies, right from his mentor Karan Johar to some of the most talked about couples attended VD’s party.

To begin with, Varun’s Coolie No.1 co star and actress Sara Ali Khan marked her presence at the party in her brand new car. She recently underwent a double tooth extraction and even waved at the paparazzi as she hinted at her swollen jawline due to the dental surgery.

Love birds Malaika Arora and Arjun Kapoor also attended the party together along with the latter’s sister Anshula. Another Bollywood couple, Tiger Shroff and Disha Patani also made it to the party together. The duo arrived in the same car.

Among others, Producer Dinesh Vijan was also seen with wife Pramita and actor Varun Sharma.

After years of dating each other, Varun and Natasha tied the knot at The Mansion House in Alibaug on January 24, 2021. The wedding was an intimate affair and only family members were seen gracing the event. Only a few industry names like Karan Johar, Manish Malhotra, Kunal Kohli attended the wedding as the guestlist was kept short owing to COVID-19 regulations.