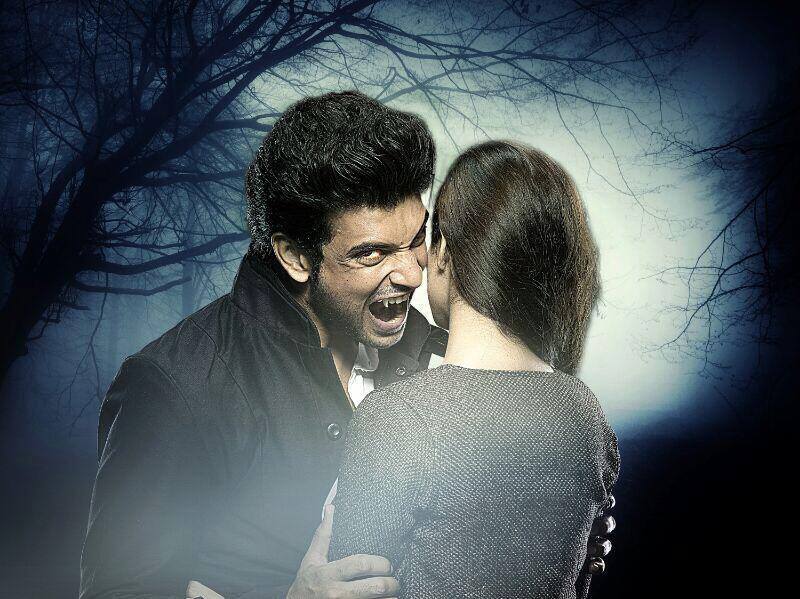 It was Vivian Dsena who made girls fall in love with vampires through the Balaji Telefilms show Pyaar Kii Ye Ek Kahaani... just at the time when the Twilight saga and The Vampire Diaries was creating a rage among the audience. He, with his acting proficiency and good-looks, gave us the Indian version of Edward Cullen, the lead actor of Twilight. Or can we say a dapper vampire?

It seems like television is now on pick and choose drive from the Hollywood. Taking this trend ahead is MTV India's new show Fanaah - An Impossible Love Story. The series is about a story of unimaginable power, a story of a different time, a story of love that will be never be. However, if we go by the rumours, then it's based on The Vampire Diaries. So, to give a full stop to such rumours, we confirm about the same from Vikas Gupta, the programming head of MTV. "The show is nowhere close to The Vampire Diaries. It's something different and for that you will have to watch the show," says Vikas.

Produced under the banner of Lost Boy Productions, the latest promo of Fanaah shows actors: Karan Kundra, Raatan Raajputh, Rithvik Dhanjani, Anita Hassanandani and Chetna Pande. The show will be aired from July 21.

This is quite an interesting concept for the younger generations who are aware and fascinated with such kind of stories through The Vampire Diaries series and Twilight saga. Interestingly, both the shows have portrayed vampires differently. That's why some people prefer The Vampire Diaries over Twilight and some vice-versa. But what about the Indian style of Vampires? Indian Vampires have shown all about drinking blood, looking handsomely scary and wearing designer horror attires with perfect hair style.

So, will Karan, Ratan and Rithvik manage to break the image of the earlier supernatural show? Will they succeed the vampire image created by Vivian? Well, this is something we will have to watch out.

rkmad 6 years ago Vivian Dsena the most dashing and handsome vampire of entire world film industry.
love only ABHAY RAI CHAND
no other vampire and story of vampires

pa24703987 6 years ago Vivian Dsena is the Sexiest of all the vampires,we all just love him

Helooohybye 6 years ago Ohhh pleazzz no comparisons also vivian is the sole vampire ..with whome girls fell in love more than edward i love abhay one serial pkyek no fanaah or murda can match it so pleazz ...vivian rocks

matwamango 6 years ago I think this story should be completely fresh. 1 we have not yet seen. PKYEK started off excellent and wound up being a loser in the end. The only saving grace was Vivian. We need something out of this world. A vampire with a BITE.
Karan Kundra is a good choice.

No One Can Replace U.U R The Best Vampire In Tellywood... u Rock..eagerly waiting for ur vampire avtar

romaila 6 years ago They better bring back PKYEK 2, a complete package with perfect cast selection and right man playing vampire.