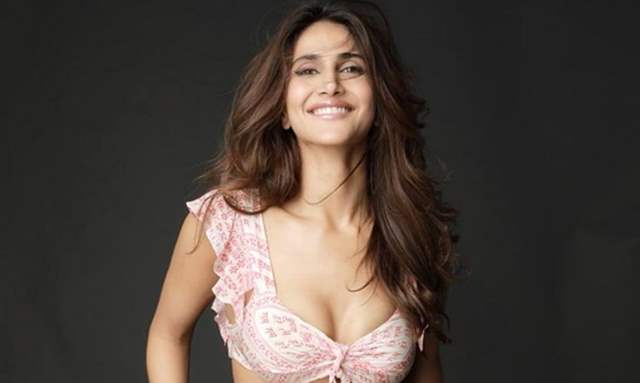 Vaani Kapoor made her comeback on the big screen after four long years with Hrithik Roshan-Tiger Shroff starrer War. The 30-year-old actress-model has literally set the screen on fire with her flawless appearance and mesmerizing bikini body!

However, Vaani seems to have invited trouble with her recent picture. She recently posted a picture of herself wearing a bikini top, but with a twist. The bikini top had ‘Hare Ram’ printed on it, which has offended many people on the Internet.

The picture of the actress has not gone down well with netizens, who have left no stone unturned in slamming the actress left, right and center. While some of them called her uncultured and told her to value the sentiments of the devotees, others warned her of boycotting her.

“Wearing Lord Sri Raam’s name on the uncultured dress code doesn’t give value to the actress Vani Kapoor @Vaaniofficial. This is hurting the sentiments of devotees of Lord Sri Raam. We urge to removed such images from the site and value the devotees' sentiments,” a user wrote.

Another user wrote, “#vaanikapoor you do not have any respect for our Hindu gods you should be sorry for this and shameless women, if you can’t respect Hindu god, at least don’t disrespect them. It is an idiotic ness.”

“Insulting Hindu gods and practices has become a way to tell a specific section in Bollywood we are going to stoop to any lows to get work,” wrote a Twitter user.

See the Tweets below:

The picture has been deleted from social media, but the actress or her team are yet to comment on the issue.

'Deepika will Hate me for Saying This, She is a Cleanliness Freak and ...

Vaani Kapoor has Classy reply after a troll calls her an ‘You Ugly ...

..Kavi.. 9 months ago First off... this isn't a bikini top, it's a top, and it looks more like a blouse! Stop trying to justify the trollers India Forums! Plus, I love how everyone assumes she knowingly did this to insult people like of course, it couldn't have been a mistake right?

ishan2003 9 months ago I am absolutely flabbergasted by certain people - they really have nothing better to do with their lives - disappointed in Vaani Kapoor that she took the photo down.