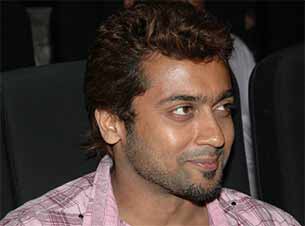 On the occasion of Pongal, UTV Motion Pictures Tuesday announced it will co-produce actor Suriya Sivakumar's upcoming Tamil action-thriller "Anjaan", which is also being produced by Thirrupathi Brothers.

"Anjaan", which means stranger, is being directed by N. Lingusamy.

"We are extremely delighted to continue our strong relationship with N. Lingusamy's Thirrupathi Brothers after our two successful films -'Vettai' and 'Ivan Veramathiri'. We look forward to working with Suriya and are confident that the movie will be a huge mass entertainer and certainly one to look out for in 2014," G. Dhananjayan, Chief - South Business, UTV Disney, said in a statement.

The film features Samantha Ruth Prabhu and a host of Bollywood actors such as Vidyut Jamwal, Manoj Bajpayee and Dalip Tahil in important roles.

Lingusamy said he is happy to co-produce the film with UTV.

"We share a great relationship with UTV and our co-productions with them through our banner Thirrupathi Brothers, in the past have been highly successful. We value their support and understanding and happy to co-produce 'Anjaan' with them," Lingusamy added in the statement.

The film recently completed its first schedule in Mumbai and will head to Goa by the end of January to shoot the second schedule.