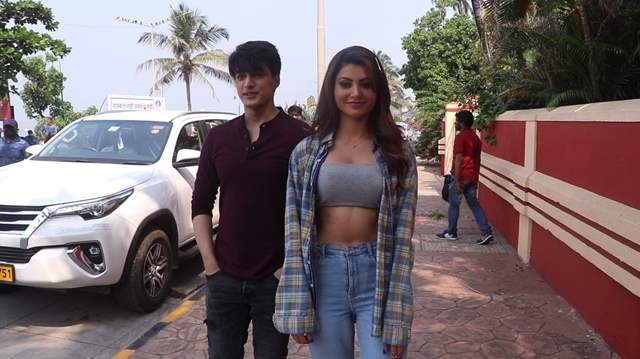 A lot of pictures have been going around in the media where we see Mohsin Khan aka Kartik of Yeh Rishta Kya Khelata Hai and popular actress Urvashi Rautela. The two were spotted yesterday shooting for something in Bandra. According to our sources, Mohsin and Urvashi will be sharing screen space for an upcoming project. The two will soon be seen in a music video.

This is going to be Mohsin's second music video, with his first-ever being with co-star Shivangi Joshi. Shivangi Joshi and Mohsin Khan are popular for their characters as Kaira in Yeh Rishta Kya Kehlata Hai. The two are definitely among some of the most-loved actors who have been winning the audience's hearts. The two made their music video debut titled Baarish which was loved a lot by the audience.

Mohsin's second music video with Urvashi is also a romantic track. For further updates on the same, watch out this space!