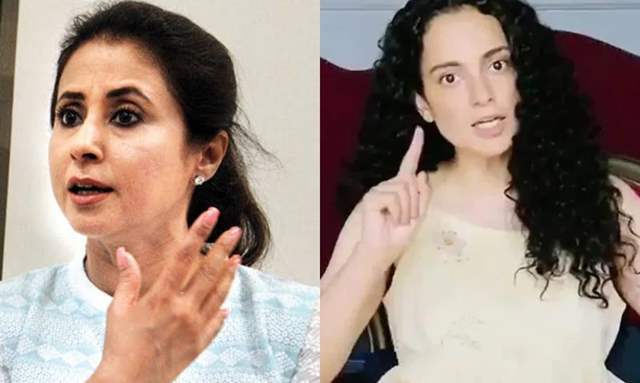 After the ugly war of words exchanged between Urmila Matondkar and Kangana Ranaut, the former has stated that she is willing to apologise to Ranaut if her comments were offensive.

While speaking to journalist Barkha Dutt, Urmila stated that while she doesn’t regret using the word ‘rudali’ for Kangana Ranaut, she is willing to apologise to her if she was hurt by her comments.

“I said rudali in a certain context, and if at all it was offensive, I have absolutely no qualms in saying I am sorry about it. Maybe not her, maybe the people who support her so dearly. So I am sorry if anything like that has gone out of context. It doesn’t make me small,” she said.

Urmila’s comment had left Kangana furious, who had hit back with some hard-hitting remarks too. However, the Rangeela actress says that she does not regret using the word. “It was used by me in a context. I have not understood why a person constantly chooses to only play a victim card. You and I can also do that,” she said. “When you have had such a long and lovely career in the industry, which has given you so much, are you trying to say that there was nothing good about it? There was not a single person, day, anything that happened good?,” she added.

For the uninitiated, Urmila had taken potshots at Kangana for her comments against the Bollywood industry over its alleged connection to drugs. She had also called the latter ‘rudali’ for constantly complaining and playing a ‘victim card’.

When a user questioned her remarks against Urmila, Kangana had lashed out as saying: “Where was your feminism you dumb ass when Urmila called me Rudali and a prostitute? You fake feminist shame on entire woman kind, do you know a human don’t just have physical body we have emotional body, mental body and psychological body as well, rape isn’t just intercourse!!”

Now it will be interesting to watch what Kangana Ranaut has to say on this. Stay tuned for more updates...

Kangana Shares a Video of the Mistreatment of Film Crew by the ...

Kangana Ranaut Booked by Karnataka police over her tweet against ...