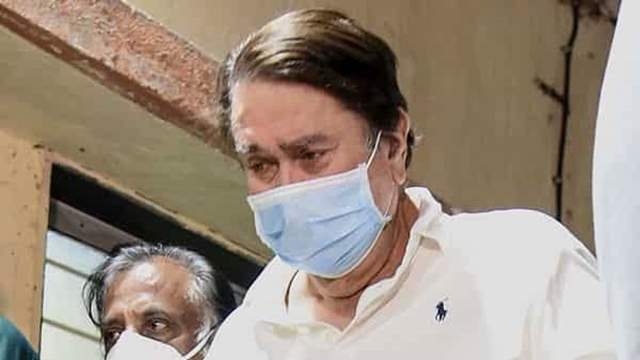 The Kapoor clan has been struck with a rather tough and difficult year beginning April 2020 where they first lost Rishi Kapoor and a couple of months ago, actor Rajiv Kapoor also passed away all of a sudden.

It seemed like a bad omen recently yet again when it was reported that actor and third brother of the trio, Randhir Kapoor was admitted to the hospital post testing positive for COVID-19.

He shared in a recent interview that he had been feeling some shivering, post which he decided to get tested for COVID, just to be sure. Yesterday, it was reported by ETimes that he had been shifted to the Intensive Care Unit (ICU) of the hospital to get some further tests done. Now, according to a hospital source, his health condition is currently stable.

A hospital source told PTI that Randhir Kapoor is in the ICU for observation, and that his condition is stable. “He is in the ICU for observation. He is stable. He will be in the hospital for a few days,” said the source. A few days ago, while speaking to ETimes, Kapoor said that he has no clue how he contracted the Coronavirus. He shared that he received both doses of the COVID-19 vaccine, yet he contracted the virus.

Kapoor also mentioned that along with his, his 5 staff members also tested positive for COVID-19 and were hospitalized with him.