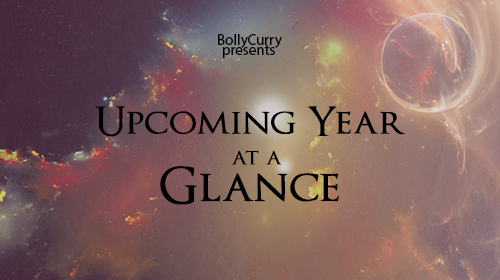 Bollywood is made up of innumerous things, one of which is the anticipation of consequences. Little would get done if the film-makers relied only upon getting a film done. It is the build-up of anticipation and zeal within the audiences before the release of the movie that has a major contribution in the earnings of the movie. After taking you on a short ride of the movies that released in the first half of the year, BollyCurry now presents to you the movies that are being awaited by Bollywood lovers all over the world during the latter half of 2015.

The month kicks off with few low budget movies, but the movie that has managed to stir a lot of 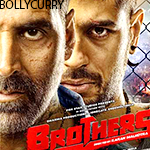 emotions is Karan Malhotra's action-drama Brothers. Releasing on August 14th, this Dharma Productions' flick is inspired by the Hollywood movie Warrior. The movie revolves around the story of two brothers who, after an emotional roller-coaster upheaval, land up in the biggest fight of their lives - against each other. The movie stars Akshay Kumar, Sidharth Malhotra, Jackie Shroff and Jacqueline Fernandez in the lead roles. 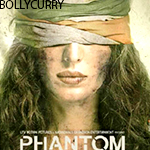 Scheduled up next for August 28th is ace director Kabir Khan's political thriller film Phantom. The story of the film is based on the events post the 26/11 attack in Mumbai, and terrorism on a global scale as well. Starring Saif Ali Khan and Katrina Kaif, the trailer of the movie has been well received by the audiences as more news is being awaited.

The onset of September shall see a few of the 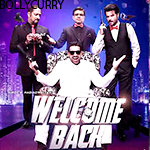 celebrated faces of the industry jam-packed together in Anees Bazmee's comedy Welcome Back, which will be a sequel to the super hit film Welcome (2007). The film releases on the 4th of September and brings together actors like Nana Patekar, Anil Kapoor, Paresh Rawal, John Abraham, Shruti Hassan, Kader Khan, Dimple Kapadia and Naseeruddin Shah. With an ensemble cast including the cream of Bollywood, the stakes on this movie are as high as they come. 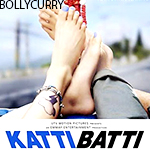 After delivering a commendable performance in the hit film Tanu Weds Manu Returns (2015), Kangana Ranaut shall next be seen opposite Imran Khan in Nikhil Advani's romantic comedyKatti Batti. The movie releases on September 18th and revolves around a couple in a live-in relationship and how things take an unexpected turn in their life.

Another remake, this time of the South Korean 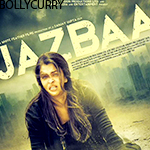 movie Seven Days (2007), Jazbaa is a crime thriller film releasing on 9th October. Directed by Sanjay Gupta, who is known for the quality of his content matter, the movie has Aishwarya Rai Bachchan, Irrfan Khan, Shabani Azmi and Jackie Shroff in the pivotal roles. The movie is slated to be Bachchan's comeback movie after her hiatus and the viewers, with a knack for eminence of the subject matter, are eagerly looking forward to this one. 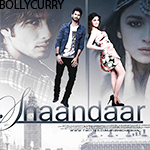 October 22nd brings forth Vikas Bahl's romantic comedy Shaandar. This film, which is being rumoured to be the first destination wedding film of India, stars Shahid Kapoor, Pankaj Kapur and Alia Bhatt. The movie has managed to stay under the covers and thus has created a sense of excitement amongst all and sundry.

After the success of Bajrangi Bhaijaan (2015), the 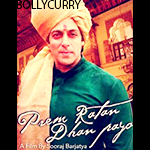 fans can't wait to get enough of the Bhai of Bollywood. Salman Khan playing a double role, along with bringing back the sweet and adorable 'Prem' of the 90s is news enough to create a heavy buzz. Sonam Kapoor, Neil Nitin Mukesh, Anupam Kher and Swara Bhaskar shall portray important characters. Directed by Sooraj Barjatya of the Rajshri fame, the movie will release on 12th November. 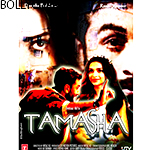 After previously burning the silver screen with their intense chemistry, Ranbir Kapoor returns with Deepika Padukone to take the industry by storm with Imtiaz Ali's next venture Tamasha. Gracing the theatres near you on November 27th, this romantic drama is being tagged as one of the most awaited films of the year. The leaked videos from the sets already have the audiences gleaming in victory.

Releasing on 11th December, this thriller movie is 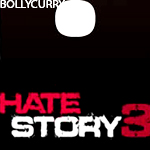 being looked forward by fans courtesy the return of their heartthrob Karan Singh Grover. Directed by Vishal Pandya, the movie features Zarine Khan, Daisy Shah and Sharman Joshi in the lead roles. It is a sequel to Pandya's 2014 release Hate Story and has been in the news due to casting issues. 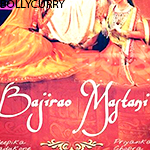 The list stays incomplete without Sanjay Leela Bhansali's magnum opus, the love story of the historical personalities Maratha Peshwa Baji Rao and his second wife Mastani, Bajirao Mastani. Releasing on 18th December, the movie has a stalwart cast including Ranveer Singh, Deepika Padukone and Priyanka Chopra. The trailer of the movie has garnered a phenomenal response and the movie has managed to create quite a buzz right from day one of production.

The year shall end with Bajirao Mastani pitting 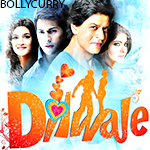 against another massive project, Rohit Shetty's action comedy-drama Dilwale. The movie has an unparalleled star cast, including the couple that people never get tired of - Shah Rukh Khan and Kajol, along with the youth icons Varun Dhawan and Kriti Sanon. The movie shall also see other celebrated faces like Johnny Lever, Kabir Bedi, Boman Irani and Vinod Khanna. Releasing on 18th December, initial images of the sets from Bulgaria have caught on the interest of the audiences as everyone is looking forward to this one.

Bollywood is full of surprises for not only the audiences, but for those invested in the making of a movie as well. Things that may come off as an intriguing teaser might end up seeing a less fortunate conclusion, while things that may start off at a weak point could always end up being the dark horse of the race. Having said that, it is too early in time to predict as to which of these movies could be the one that make or break the day for you. With this, we at BollyCurry sign off, leaving the space open for you to mention the movies that you are looking forward to.

Wish you all the very best for your next hit! InshahAllah

+ 2
5 years ago Why the heck do they want to release Dilwale and Bajirao Mastani on the same day?!?!
Both movies can profit more by having separate release dates!!

+ 3
5 years ago You guys forgot Hera Pheri 3!
Last movie of the year people!