View Profile
BollyCurry got up, close and personal with Mannat Singh, the popular and much-loved actress of Punjab. Read below to find out what makes this actress ticks, what she thinks of beau, Dakssh Ajit Singh's, poetry and about her upcoming movie with Shakti Anand, Haule Haule Ho Jayega Pyaar. 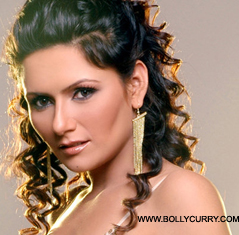 You are known as Sukhi Pawaar in Punjab. What's the story behind the pseudonym?
My nickname was Sukhi with Pawaar as my surname. I did theatre under that name, which during that time I did a few Punjabi albums as well, hence why Sukhi Pawaar became famous. From childhood, I always wanted to change it but I never disclosed it because my father was very strict. In Punjab, Sukhi is very common name, with every second girl or boy being called that. I always thought about a different name with a pure meaning. The name Mannat is very paak, it means a wish from God, so I changed my name to Mannat when I shifted to Mumbai. It feels great when people call me that and say something like it's a different and a nice name, so I'm happy with my name change. Dad still calls me Sukhi, despite how happy he is.
You've had extensive experience working in Punjabi movies and have gained some Bollywood experience as well. How are the two industries different?
There's a big difference between the industries. People are very professional and practical in Bollywood but in Pollywood, people are the opposite. Due to the culture, brotherhood, comes first and because of that, many talented artists are ignored. In Bollywood, there are big budget movies but in Punbjab, because the territory is small, small budget movies can only be made. But nowadays, Punjabi movies have improved with better budgets offered. I love my birth place and Punjabi people, it's because of them I'm here in Mumbai but I love to do Punjabi movies. I'm Punjabi by heart and proud of it.
You had a cameo in Apne. What was it like working alongside the famous Deols?
It was amazing experience, the three Deols were very charming and down to earth. Dharmendra ji was fantastic and has a great sense of humour. The people of Punjab really are mad for the three Deols, Sunny ji was very quiet and serious but nice natured. Bobby Deol was very interesting and friendly natured. Even Shilpa Shetty was very nice to me. She is also very good human being. But I totally believe that "Khuda jab husan deta hai, nazzakaat aa hi jaati hai", they have everything: popularity, style, security and star fame, so it's obvious to have sparkling personality as well. Director Anil Sharma was very nice too, as well as the fight master Tenu.

What made you decide to move to Mumbai and try in Bollywood?
When I was shooting in Chandigarh for Apne, I was effected by the big set up, their creativity and their way of talking. Even Director Anil Sharma ji also suggest that I shift to Mumbai for good work. I too also didn't want to bound myself to Punjab, so I decided to shift. I miss home but I love Mumbai too, now that I'm much more confident than before.

You are currently dating actor Dakssh Ajit Singh. How did you guys meet and was it love at first sight?
Dakssh and I met at a shooting of a song. It was a three day shoot in Amritsar, I used to stay in Jalandhar and he was from Ludhiana. One day, my brother was with me and he's a big fan of Dakssh. After pack up, he forced me to drop him off in our car because my bro want to know more about him. Last day of shoot, when we were in the car and going to home, Dakssh was also with us and I received a message from him saying 'I love You'. I was so surprised that I didn't reply back. After that, I received a second message from him reading 'I'm not feeling well because you are going away from me.' I again ignored it and realized he became very quiet. Even my brother asked him if he was okay but he replied saying that he wasn't feeling well. I watched him in the car mirror and noticed he was really crying so I laughed at him in my mind, that's how stupid he is. He called me after a few days and we got talking and eventually became good friends. After that, I shifted to Mumbai and Dakssh shifted here after me. We have no family, no mental support here, only struggle for work, auditions, meetings, rejections...it's in that time that we both support each other mentally. It created an understanding between us. I'll never forget the day when he cut his nerves because of some misunderstanding between us. I was shocked to see the flood of his blood, I slapped him like anything and took him to hospital. He was in bed for 15 days and that day I decided to always stay with him under any circumstances. So we moved in together and now are in a live-in relationship. 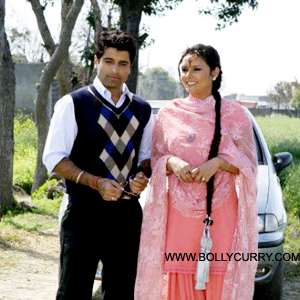 How do you and Dakssh make time for each other with his busy TV schedule and your upcoming movie? What is your favorite activity to do together when you do get the time?
We both manage time for each other consciously. During shoot, we usually are on BBM or WhatsApp. During free days, we mostly spend time in our sweet home. I make coffee, besan ki barfi, parathas and also gud ka chawal which he likes the most and we just enjoy it together. He helps me in the kitchen as well. Usually we sit on the balcony and watch Mumbai from our 12th floor and enjoy our tea or coffee and make future plans. He writes poetry which he makes me listen by teasing  "chup chap sun le mera sher motti nehi ta ek hor poem likhuga aur sunaunga", so I have no option but to listen! He is very intelligent and sensible writer though, also a creative painter, photographer, actor and above all, a great human being - he always tries to help the needy.

Any future plans to get settled? Or are you and Dakssh more focused on your careers at the moment?
We have definite plans to marry and settle down, because we strongly believe that we both understand each other very well without any doubts and have some connection from our past life as well. We're both different in nature but both think that God made us for each other and we are together, by the grace of God.

Currently, you are working on a Bollywood movie, Haule Haule Ho Jayega Pyaar, with successful TV actor Shakti Anand. Tell us a bit about the movie and your role.
Haule Haule Ho Jayega Pyaar is a movie about a loving family who make a lot of sacrifices for each other in hard times yet still hold strong. I'm playing a Punjabi girl who is cultured and traditional. I'm not allowed to disclose the story but Shakti Anand is opposite to me. He is very talented artist and very supportive, all the artists, director, producer were friendly and humble. We all have fantastic chemistry in the movie and also in real life too. We went on picnic whilst shooting and had such good fun in Punjab and Bangkok. May God bless our team. Fingers crossed!

Do you and your co-star Shakti Anand get along? Any fun stories to share from the sets?
I know Shakti Anand through Dakssh and we met his wife, Sai, in a party. I was big fan of both from serial Saara Aakash, they both really compliment each other, I really admire the pair. At the shoot, it was casual meeting, we hardly spoke with one another. After the shot, we both were stuck on our own BBMs. He always tried to learn Punjabi words from me though, so he could use them in our movie. Shakti is playing an obedient and sophisticated guy in the movie, who can do anything for his parents without thinking, For that, we all used to call him Shravan Puttar. Whenever he had scene with Gulshan Grover ji, we all used to shout "oye sharvan puttar" and he used to start laughing out of control. Our director, Pankaj Batra, sweetly used to say "arey yaar, bus koro, light ja rahi hai", but we still used to continue. He is a very talented actor and I respect him a lot.

If you weren't an actress, who do you think you would be doing? Did you ever have any alternate career plans?
God loves me so much because he made me actor, not in reel life but in real life too. I can feel the emotions of anyone because actors are soft by heart. I never thought about acting. During college days, my dad wanted me to be a professor, by chance I got the opportunity to act in a play and I stuck to it seriously because acting for me is "fevikol ka mazboot jot hai chootega nahin". I'm also in the real estate profession but acting is my first love. With the grace of God, in the future I will be a successful actor and also producer. May Waheguru give means to my name 'Mannat' aur Mannat ki mannat puri ho jaye...and I know he will.
I'm also a singer. My two Punjabi albums are Haaniya and Whisky. Now I'm working on my next album. I don't want to take it as professionally, it's just a hobby and I love it...but acting is my passion.
Editor: Jenifer.
Graphics: Pooji.
0 Likes