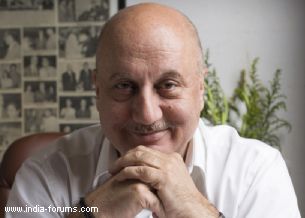 Cancelling shooting due to his bad health is not a regular for actor Anupam Kher, who admitted to feeling bad for the same.

The actor is currently a bit under the weather and took to Twitter to explain why he cancelled his shooting for the day.

"I have rarely cancelled shooting because of being unwell. Today is one such day. Should I feel bad or very bad? Be Nice to me," he posted on the microblogging site Wednesday.

Known for his films like "A Wednesday" and "Special 26", Anupam will be seen along with his actress-wife Kirron Kher in comedy film "Total Siyapaa" soon.

Mirzapur star Divyenndu opens up about his Journey from ...
38 minutes ago