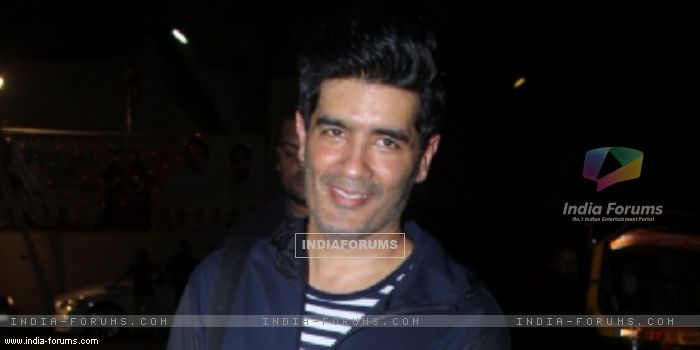 Manish Malhotra will be bringing the curtain down on the India Couture Week (ICW) 2017, and many expect the show to be high on Bollywood glamour. The ace designer takes pride in the fact that he is the first to introduce the concept of showstoppers in Indian fashion, something for which he was initially criticised.

And he is absolutely unapologetic about the element of glamour that he infuses in his clothes.

"I was the first designer to introduce the concept of showstoppers to Indian fashion. Although I got criticised for it back then, it has become a trend for most designer showcases now. This tradition will prevail at my next show as well and we will reveal the showstoppers soon," Malhotra told IANS when asked if the audience will get to see another "high on Bollywood show" at the fashion gala.

"I am unapologetic about the element of glamour in my clothes. I love that I am able to bring some element of fantasy to a bride's special day and that is the creative foundation of my collections," added the designer, who has created ensembles for celebrities like Aishwarya Rai Bachchan, Shah Rukh Khan, Kareena Kapoor Khan and Reese Witherspoon.

He says he chooses to look at the element of glamour as keenly as every other detail in his outfits.

"It is intrinsic to each of my designs and is part of the DNA of the label. Over the years, I have seen that my clients for bridal couture want to wear outfits that reflect their confident personalities while also staying true to their traditions.

"I have always maintained that my clothes are designed to complement the wearer's personality. Hence, a touch of playfulness to a couture outfit brings out its versatility and can be worn at an event, be it in Mumbai or Milan," he said.

His forthcoming show on July 30 at the conclusion of the week-long event will reflect the gradually changing design language of the label. From his signature glamour coming together with intricate craftsmanship and the confluence of traditional and western silhouettes, the collection looks at bridal couture through a global lens.

Talking more about his line, he said: "Over the last couple of years, my collections have come to mirror the personality of the women for whom they have been designed. Keeping this in mind, my upcoming collection will marry traditional Indian details with more versatile and contemporary silhouettes for the modern woman and man."

With his fourth finale at ICW, does the feeling of taking care of the final show still gives him goosebumps?

"The Manish Malhotra label is now 12 years old and, even today, every new collection showcase brings with it the same level of eagerness and excitement that it did in my first ever show.

"For someone who is only focused on his work, this feeling is indescribable, but also most rewarding. Every collection denotes the culmination of a creative journey as well as the beginning of a new design language," he said.

The designer is known for weaving traditional Indian colours, craftsmanship, textures and embroidery together to create glamorous ensembles.

He thinks that the fusion of Indian and western silhouettes is influencing today's designing.

"It is helping us create a fashion language that is so distinctly Indian. Where else in the world would you see a traditional outfit being so effortlessly paired with modern accents to create a brand new sartorial culture?"

"From pairing a cropped blouse with a sari to a lehenga reminiscent of the flapper-era and wearing tunics with cigarette pants, Indian couture presents such a beautiful array of choices for the modern and global citizen," he said.