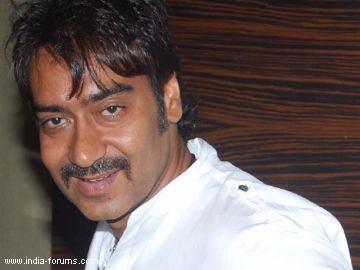 Ajay Devgn has dabbled in almost all genres of films in his career of over two decades, but the actor is still eager to experiment with his roles.

"I want to try to balance drama, action and comedy. I want to do every genre and am ready to experiment with my roles. I don't want to let my producers or directors down," said Ajay in a statement.

His last release "Singham" crossed the Rs.100 crore mark at the box-office, but he says this level of popularity and fame frightens him.

"It feels great when you are a part of movie reaching the Rs.100 crore mark. But at the same time, it frightens me as an actor and makes me feel more responsible with every release."

"I am working hard and am happy with the films I do and I expect that every film I am a part of should cross the 100 crore mark," said Ajay, who is looking forward to the release of his film "Tezz".