So, what's the difference between the two shows? The first features a dance competition between 10 celebrity couples; the other features 12 individual celebrities dancing with their choreographers.

Now, here's the twist in the tale: 'Jhalak...' will feature Mir Ranjan Negi, the former Indian hockey goalkeeper who served as the inspiration for Shah Rukh Khan-starrer 'Chak de India'.

But the big question is: How many viewers have the time and energy to watch two almost-similar shows for a full two hours? This being the case, what happens to the TRPs?

Apart from Indian dances, they would also be performing salsa, jazz, samba, jive and hip-hop numbers.

Mona 'Jassi...' Singh, the winner of season one of 'Jhalak...', and TV actor Rohit Roy will anchor the show.'I am really excited and happy that I am getting a chance to host a show which gave me so much confidence and helped me in enhancing my dancing skills,', Mona said at a press conference Thursday to announce the show. She was equally upbeat about the future.
'I don't want to get into daily soaps so I am looking forward to acting in some movies. Apart from that I would be hosting (makeover show) 'Naya Roop Nayi Zindagi', and some reality shows,' she added.

The judges for the season two of 'Jhalak...' are electrifying dancer and actor Urmila Matondkar, 'Jumping Jack' Jeetendra and Shiamak Davar, who pioneered a popular chain of nationwide dance academies.

The show would run for 14 weeks.

'Season one was a big success. A lot of Indian viewers liked it and appreciated the work of the celebrities who were not known for their dance prowess,' said Albert Almeida, SET's executive vice president and business head. 'This response made us launch season two of the show. This time the show will be bigger and better,' he added. 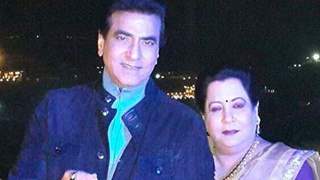 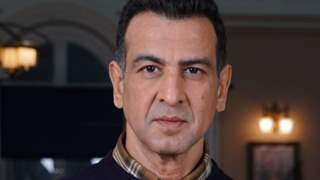 14 years ago Both shows are promising and keepng viewers glued to their television. As dancing season is here. This time jhalak dikhlaga has a popular star cast so it is very interesting to watch.

14 years ago I prefer JDJ to Nach Baliye, I find it more exciting & I am someone who wouldn't prefer to see 2 continuous hours of dance.

14 years ago I had heard that prachi desai is also participating in jdj.Is that true?I will watch both the shows.

14 years ago can't wait to see jhalak dikhla ja, i don't give a damn to nach baliye.

14 years ago Iam very excited to see Ronit Roy grrove in JDJ2...cant wait for it to start.

+ 4
14 years ago jdj seems interesting and i'll watch it for sure... but im still gonna watch nach baliye too :)

+ 3
14 years ago ill probably watching both..cuz i love teh contestants in nb3 n i love jay and prahi n jdj

14 years ago I'll probably watch JDJ instead of NB3, mostly because I know or like more of the contestants on JDJ than NB3. But we'll see how these two shows do in the TRP battle.