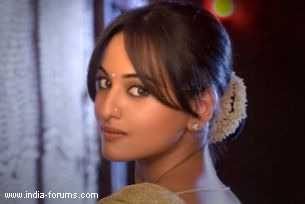 Actress Sonakshi Sinha has a huge fan following and the actress took to Twitter to thank her fans for bestowing so much love on her.

"Two million on twitter, five million on Facebook. What a way to end the year! Thank you guys, you're the best," Sonakshi posted on the microblogging site Monday.

The actress was last seen in Prabhudheva's "R...Rajkumar" which enjoyed a good run at the box office.