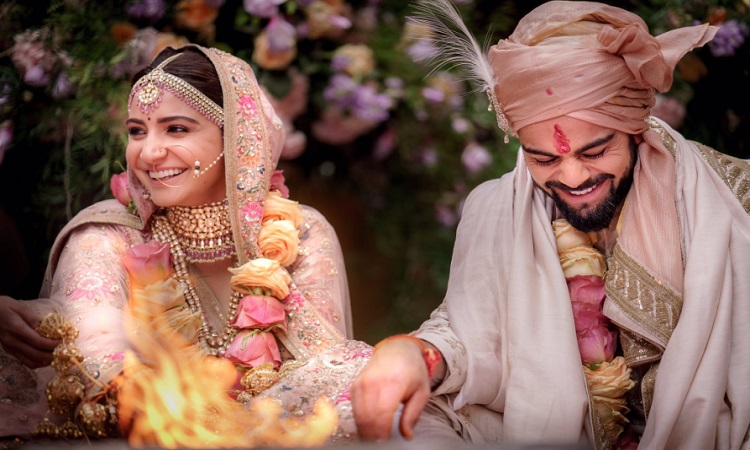 Power couple Anushka Sharma and Virat Kohli literally made everyone happy with their most famous wedding announcement. Absolutely the most talked about wedding of 2017, the couple's intimate wedding affair has left us doing the happy dance.

Apart from all this, the couple has one happy and big news for them. Anushka's tweet announcing her marriage with beau Virat Kohli has become the Golden tweet of the year.

According to a statement by the microblogging site, Anushka's tweet, which was accompanied by a wedding picture, was the most retweeted post of the year, DNA reported.

The actress had announced her wedding by tweeting, "Today we have promised each other to be bound in love forever. We are truly blessed to share the news with you. This beautiful day will be made more special with the love and support of our family of fans and well-wishers. Thank you for being such an important part of our journey".

The report also states that superstars Shah Rukh Khan and Salman Khan were the most talked about celebrities on Twitter this year. Other names included were Amitabh Bachchan, Akshay Kumar, and Varun Dhawan.