It has happened again in Nach Baliye 4 as yet another consistent couple, Abhijeet Sawant and Shilpa Sawant, Jodi No. 12 get ousted from the competition this week. The duo has undoubtedly been the surprise package of the show, but it was really unfortunate that they had to bid goodbye to the participants and janta. 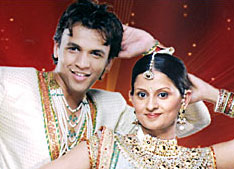 Featured Video
Our khabroo from the sets informs us, “Chetan-Lavinia and Reshmi-Amit were with them in the bottom three. This week will see a slight change in format as a result of which the two teams, Balle Balle and Shaava Shaava will get dissolved. From now on, the twist is that the bottom two jodis will have to perform once again, this time to impress the judges who will then decide the elimination”.

However, this idea of performing again did not go well with few contestants, and there was an argument on the sets, before the Jodis in bottom two, Chetan-Lavinia and Abhijeet-Shilpa performed. “Chetan and Lavinia got 24 from judges while Abhijeet and Shilpa managed only 20 which resulted in their elimination”, explains our source.

“Abhijeet and Shilpa’s second performance for survival was not very exciting. In addition to this, they were not getting enough votes from the public too”, adds our source.

The added attraction will be that the very popular off screen and on screen pair of Hiten Tejwani and Gauri Tejwani will be hosting Nach Baliye this week. Alongside, there is yet another surprise in store for the contestants as well as audience as Yash Tonkk and Gauri Tonkk, runner-up Jodi of Nach Baliye 2 will make their entry into the competition as Wild Card.

Well, this week will surely provide the viewers with many a twists!! 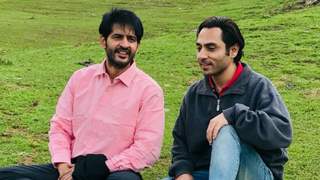 + 3
13 years ago They are a really unique couple, they have really unique and different performances! sad to see them go, they don''t deserve to go!

soniaa8899 13 years ago what! yash and gauri tonk wild card jodi
it is not a tiwist but will be shock for rest of the jodies

+ 5
13 years ago i dont think abhijeet and shilpa shud have gotten eliminated.. they werent my favs but they were good.. i think reshmi amit shud be gone by now..
gauri and yash as wild card thats totally unfair.. they shudnt be part of NB4 cuz they were runner up in NB2.. yeh buhat baadi na insaafi hai..

13 years ago When will they stop the public voting thing?

13 years ago have they not already had a shot!!! this is weird!! if another wild card is even necessary should it not be newbies not oldies?

smart amy girl 13 years ago yarr u cant take a jodi wich has already taken part in the previous session nd also bagged the runner''s up position...that''s not at all fair...feelin bad for abhi-shilpa..but its a game sumone has to get voted out..nd this time its dem..!!!