With Valentine's Day round the corner, our TV stars are also very ecstatic to spend this Day with their partners. While the Valentine fever is on, it looks like the wedding season is also being celebrated in Television in full swing.

TV's well-known off screen Jodis who got married recently are enjoying the lime light and seems to enjoy their celebrations enthusiastically.

Well, know it seems that apart from Valentine's Day's celebration on-screen, TV is gearing up for the most happening on-screen marriages. 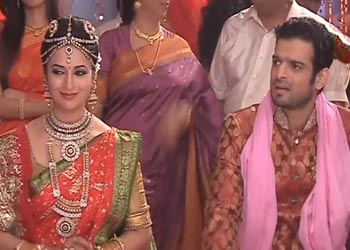 The much talked about wedding currently is Ishita (Divyanka Tripathy) and Raman (Karan Patel), the adorable lead pair of Star Plus' popular show Ye Hai Mohabbatein. Their chemistry is outstanding and viewers will surely enjoy their married life in the forthcoming episodes of the show. The duo's intention to get married is only to get the custody of Raman's daughter Ruhi and now with the ceremonies and rituals being shown in the show, the show has captivated the attention of the audience. The confluence of two contrasting communities Madrasis and Punjabis will be seen in this show. The typical South Indian wedding rituals are shown in the show with a touch of a realistic approach for the same. 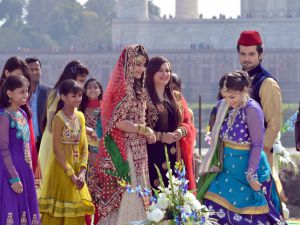 After Karan Singh Grover's exit from the show Qubool Hai on Zee TV, the moment is here when the audience will finally heave a sigh of relief when Asad (RaQesh Vashisth) and Zoya (Surbhi Jyoti) tie the knot. With the dipping TRPS of the show, Asad and Zoya's wedding is the much touted thing to be shown on TV recently and it will once again bring up the show. While now seen in the show the Haldi ceremony of Zoya and Asad is being celebrated joyfully and their extravagant wedding will take place in one of wonders of the World in Agra at Taj Mahal. Never seen before, the show will highlight the authentic Muslim community traditions and the feel of how Muslim marriages take place. 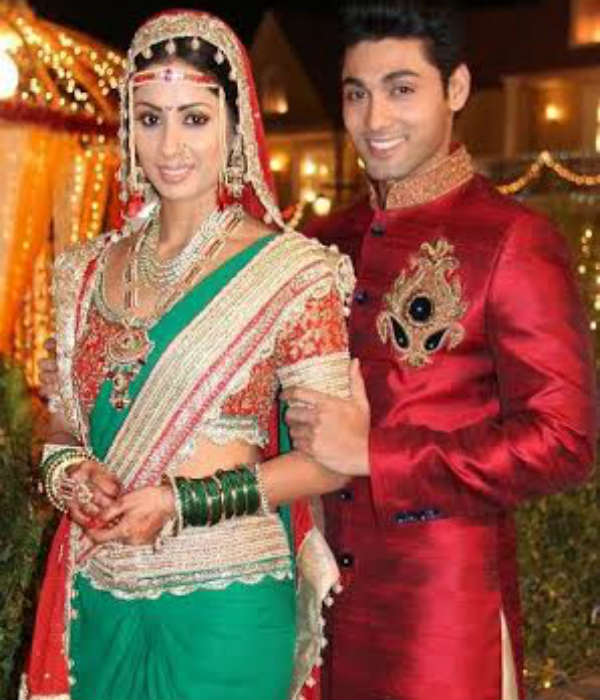 The matured love story of Dhruv (Ruslaan Mumtaz) and Saanchi (Sangeeta Ghosh) has finally taken its lead. Sony TV's one of the most happening lead pair Dhruv and Saanchi have got married amidst all the drama and are now enjoying their honeymoon in Goa. The show Kehta Hai Dil... Jee Le Zara has been very much praised for its unique portrayal of love story. But now the lead pair's sizzling chemistry is grabbing the eyeballs of the viewers. The wedding was shown in a Maharashtrian style where the bride was wearing a typical Maharashtrian outfit 'Nauvari'. 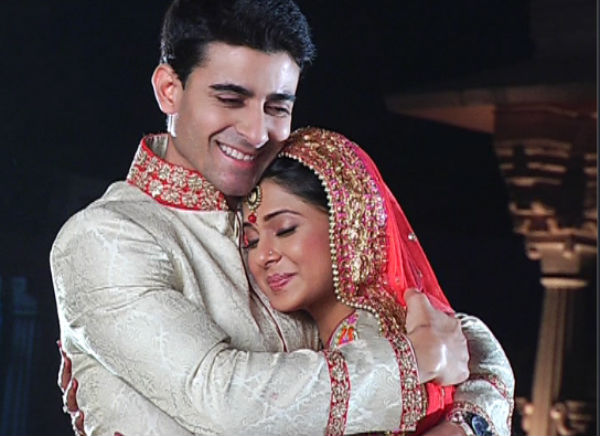 After all the drama and tension being shown in the show Saraswatichandra on Star Plus, Saras (Gautam Rode) and Kumud (Jennifer Singh Grover) have finally tied the knot. The viewers were counting moments as to when will Saras and Kumud's reunion happen in the show but confessing their love to each other however, the show's lead pair finally took nuptial vows relieving the tension of the many viewers. The traditional Gujarati style wedding captured the attention of many Gujaratis.


We wish that these on-screen couples have a married and a blissful life ahead too!

prats233 6 years ago Karan Patel and Divyanka Tripathy...u guys are doing a great job in Yeh Hai Mohabbatein...loving ur chemistry

iPerfection 6 years ago Mohit Malik currently best actor on TV!! Be it a hero or anti-hero he is just perfect in his character! I didnt expect this in the beginning I thought its the same old arrogant rude business tycoon but with each episode I saw a different never seen character in his role! And when he gets romantic, thats to die for!! I am SPEECHLESS! Well DONE Mohit Malik!

On Return to TV, Ellen Addresses 'Toxic Workplace ...
8 minutes ago

Kaveri Priyam on Being Disappointed With 'Yeh Rishtey Hai ...
18 minutes ago