Mumbai, Nov 11 (IANS) TV viewers missing their favourite programmes - which are off air following a dispute between producers and cine workers - may soon get to see the next episodes of the popular soap operas.

Although there was no solution as yet to the stalemate between the two sides, a major shift in the producers' approach to the problems festering in the TV industry became apparent Tuesday evening.

The producers apparently dropped their confrontationist attitude towards the broadcasters as well as the cine workers' apex body, the Federation of Western India Cine Employees (FWICE).

They are now willing to sit with all stakeholders to break the deadlock that has led to a standstill in the production of the TV software, forcing the entertainment channels to rerun old programmes since Monday.

Addressing the media here Tuesday evening, filmmaker Mukesh Bhatt, chairperson of the producers' core committee, discounted the theory that the crisis in the TV industry had surfaced only over the cine workers' wages.

'The problem actually lies in the fact that while the TV industry has grown to be a big industry over the last one decade, its system of functioning has failed to keep pace with the changing times,' Bhatt said.

He stressed that the current crisis could be overcome only if all stakeholders sat together to find out ways and means to overhaul the system, keeping the interests of all in mind.

'What seems to be happening now is that the producers have become sandwiched between nonconformist attitudes of cine workers on the one hand and the broadcasters on the other,' Bhatt pointed out.

He added that the present crisis came about because these two stakeholders have also become the victims of the existing system in the industry.

'The need of the hour is to draw a fresh set of guidelines for the smooth functioning of the industry. Equally important is that we must all come forward with a positive mind to herald a change,' Bhatt emphasized.

Both the producers and the FWICE have set up a core committee each to deal with the crisis but they have not yet formally interacted so far.

Earlier, adopting an aggressive stance, FWICE president Dharmesh Tiwari had told IANS that his organization had 'nothing to talk with the TV producers unless they agreed to meet its known set of demands'.

The broadcasters, preferring a neutral stand, told the media Monday that they would rather not get involved in the problems between cine workers and programme producers. 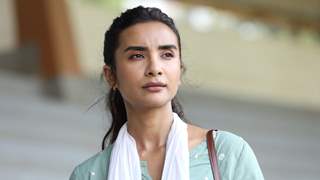 I don't approach any project with the way that 'I am the leading ... 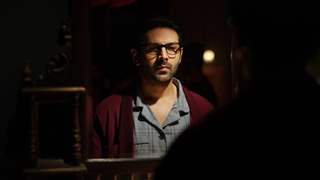 "I like to approach a role with a clean slate & a fresh perspective" - ...